Among the earliest settlers was the family of George Canning. They came to Council Bluffs in 1847 where they made their camp and pitched their tents in the area that became known as Canning Hill. In 1853, Isabella and John McPherson received a land grant from the U.S. government and sold 27 acres to George Canning. The hill was planted in apple trees.

Frederick L. Lainson was born in Ida Grove in 1880, the son of William H. Lainson who came to this country from London, England, where he had worked as a carpenter – a skill he taught his son. Fred Lainson worked first as a photographer. He met his future wife, Jessie Voight, while taking photographs at a “farm dance” where she was playing a portable organ to accompany her father on the fiddle. Fred and Jessie were married at Glenwood in 1900. His father built a small greenhouse on Canning Street where Fred raised tomatoes and cucumbers to sell to the railroads, along with fruit from the orchards. He later added flowers. Greenhouses were added as the business began to supply vegetables to grocery stores and restaurants, by 1910 becoming the largest grower of greenhouse vegetables west of Chicago. Ten years later, he discontinued growing vegetables and concentrated on flowers, adding a retail store across from his home on Canning Street, west side greenhouses for growing roses, and two retail stores in Omaha. 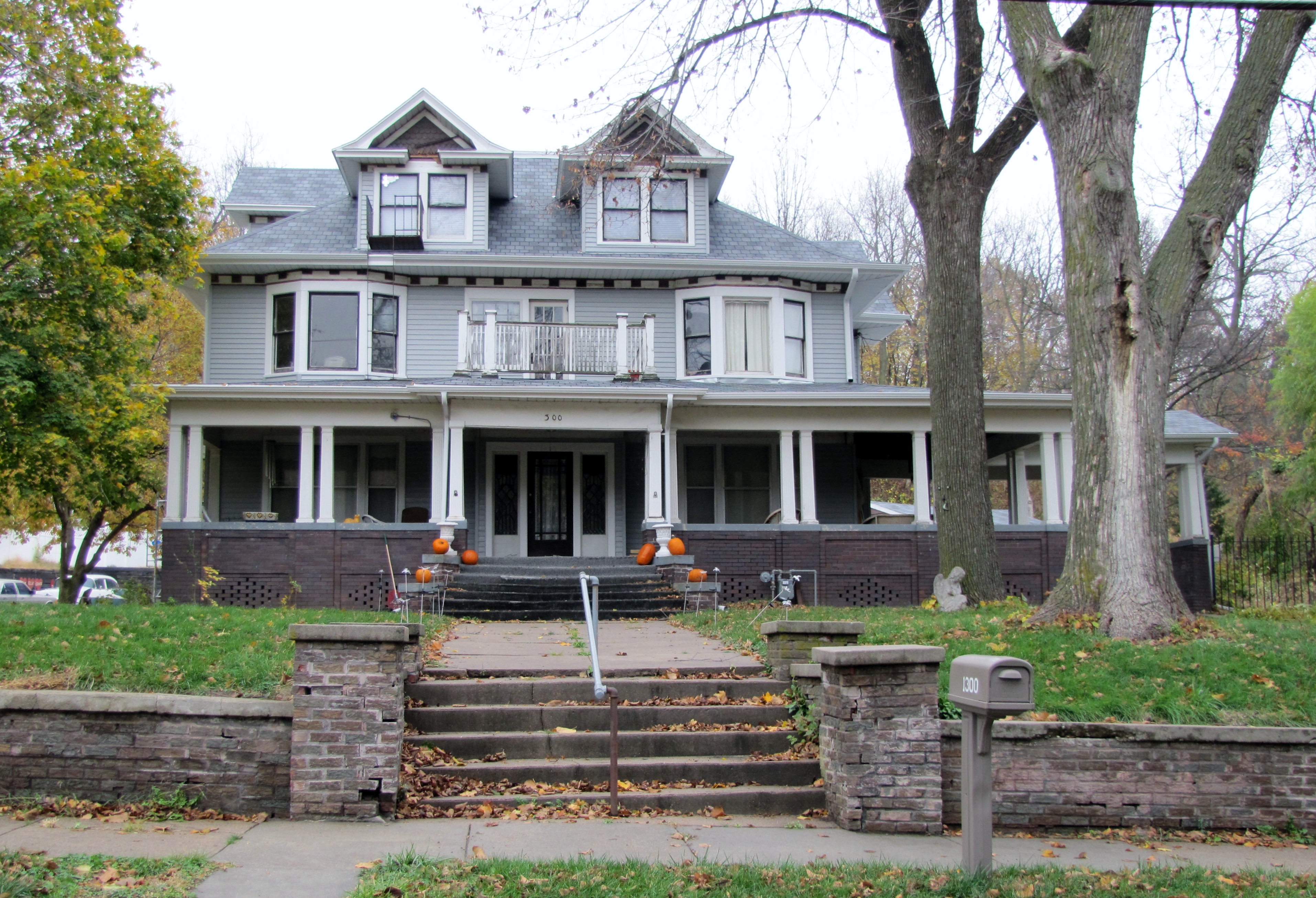 Jessie died in 1924, leaving six children between the ages of eight and twenty-four. He married Anna Wheeler in 1925 and they had four children.

A March 31, 1940 Nonpareil article describes the accident that took the life of Fred Lainson. Assisted by two workmen, he was attempting to dismantle an unused boiler (furnace) house with a sixty-foot chimney adjacent to the highway that went beside the greenhouse up the street.* He feared that one day the chimney would fall on a passing motorist. A twelve-foot retaining wall formed part of the wall of the boiler house. The plan was that the chimney would fall away from the street and toward the boiler house. Instead, a four-ton section of the retaining wall collapsed and fell on him. He was buried in Walnut Hill Cemetery in the Lainson family plot that overlooked the greenhouses.

Anna Lainson, a 1922 graduate of the Jennie Edmundson Hospital School of Nursing with four children under the age of fourteen and with no business experience, took over the management of the Lainson Greenhouses with 40 employees and a quarter of a million square feet of glass. As she explained in a later Nonpareil interview, the greenhouse business is built around a perishable product grown under unprotected panes of glass with biggest losses coming from wind, snow, and hail. “Managing a greenhouse is not a woman’s job”, she said. “It’s too hard work.” But she continued in that role until the business closed in the early 1960s.

According to Fred L. Lainson, Jr., his father and grandfather, William H. Lainson, built this house over a period of three years, completing construction in 1912. The Colonial Revival – style house features two front-gabled dormers on the front roof slope, wide eave overhang, and two rounded bay windows on the second floor over the wraparound porch which features paired round posts and a brick railing. It has five bedrooms, two bathrooms, a ballroom on the third floor, and an original mural on the walls of the dining room. The artist is unknown. The house was converted to apartments in 1960, and has since been turned back to a single family home. It is currently undergoing an extensive restoration by the present owners.

*Canning Street, prior to the construction of Kanesville Blvd., was also part of Highway 64 (now known as Old Highway 6) leading to East Pierce Street.