The oldest home on the “Historic Homes for the Holidays” tour today is also one of the oldest houses in Council Bluffs.

Samuel Clinton was born in Trumbull County, Ohio in 1818. After completing law studies at Ballston Spa, New York, he moved west and settled in Sheboygan, Wisconsin. He married Mary Wheeler there in 1848. Ten years later, in 1858, they came to Council Bluffs. 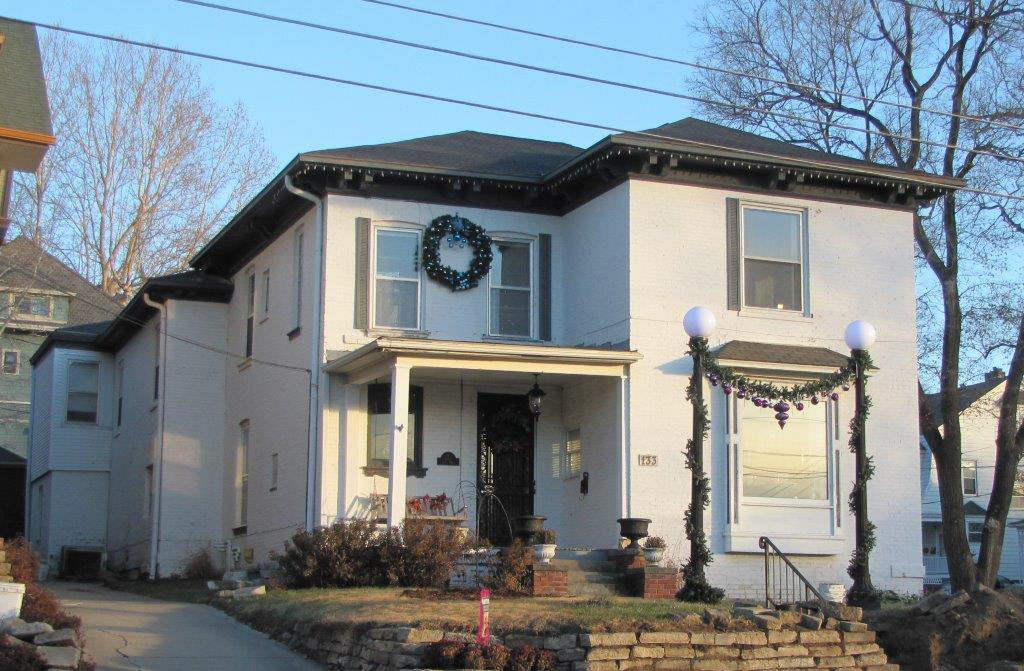 What exactly did they find here? A frontier town built on high bluffs on the east bank of the Missouri River. The only way to cross the river was on a raft, or by catching a ride on the Lone Tree Ferry, so-named- by six or seven early Council Bluffs pioneers who were its incorporators- because it was meant to land near one specific tree on the west bank. The streets were dirt or mud. Wild turkeys were plentiful. The mayor was J. Smith Hooton, the former county sheriff. Samuel Bayliss’s Pacific House was the leading hotel. The Land Office was open. Judge Frank Street had already processed the old settlers’ claims and had hired Thomas Tostevin to survey them. Green & Ware had established the first bank. Grenville Dodge, surveyor, had arrived. Several doctors served the community but there were no hospitals. Mercantile stores, saddle and harness shops, livery stables, small grocery stores, saloons and brothels, several churches and fledgling businesses offered products and services to those settled here, new arrivals, or pioneers on their way westward.

Samuel Clinton’s first law partnership was formed with John Baldwin. When Baldwin became a judge, Clinton became associated with Col. William Sapp and, later, with the firm of Hart & Brewer. He filled an unexpired term as district judge and was known as Judge Samuel Clinton thereafter.

In 1861, he became captain of a company of home guards- one of three raised under act of the state legislature. The Clintons had three children. A staunch democrat, Clinton took an active part in political affairs.

Clinton, said to be one of Council Bluffs’ most prominent pioneer citizens, died on March 6, 1890. At the time of his death, he was the oldest member of the Pottawattamie County Bar Association. Mary died in 1919. The Clintons are buried in Fairview Cemetery.

This early Italianate home was built in 1868 for the Clintons. The house appears on the 1868 panorama illustration of Council Bluffs, according to the nomination of the Third/Bluff/Willow Historic District to the National Register of Historic Places. The original brick has been painted. The house retains the bracketed eave overhang, segmental-arched windows, and intact rear porch. Later modification included the addition of a shallow rectangular bay window on the front porch, some window replacements, and replacement of the shutters and the post on the front porch. Most alterations were made during the period of significance; the house retains its good integrity.

In 1892 the house was sold to Thomas Metcalf, owner of a store selling hats, caps, furs, and clothing. Members of the Metcalf family lived here for several years. In 1901 it became the family home of Lewis Cutler whose family founded the Cutler Funeral Home.