Dr. Oliver Walker Gordon and his wife, Mary, built this three-story Italianate house around 1888 for their family. Mrs. Gordon was the daughter of Dr. E.S. Williams, dentist, the second owner of the 1857 brick house on the opposite bluff, 1857 High Street, known as the Col. James D. Test house. The dentist’s daughter and her first husband, Thomas J. Walker, lived there until Thomas Walker died in 1882. Mrs. Walker’s second husband was Dr. Oliver Walker Gordon. They raised five daughters: Jane, Charlotte, Dorothy, Marion, and Helen, and one son, Jim. The streets surrounding the Gordon House were given the names of their children.

The house was built on forty acres which also included apple orchards. Documents in the Pottawattamie County Recorder’s office include the transfer of the property from Mary Williams (assumed to be her maiden name) to Mary Gordon in 1887 – the year before the house was built. The area north of the property (Fifteenth Avenue, High Street, etc.) was platted in 1914 and was called the Williams Addition. 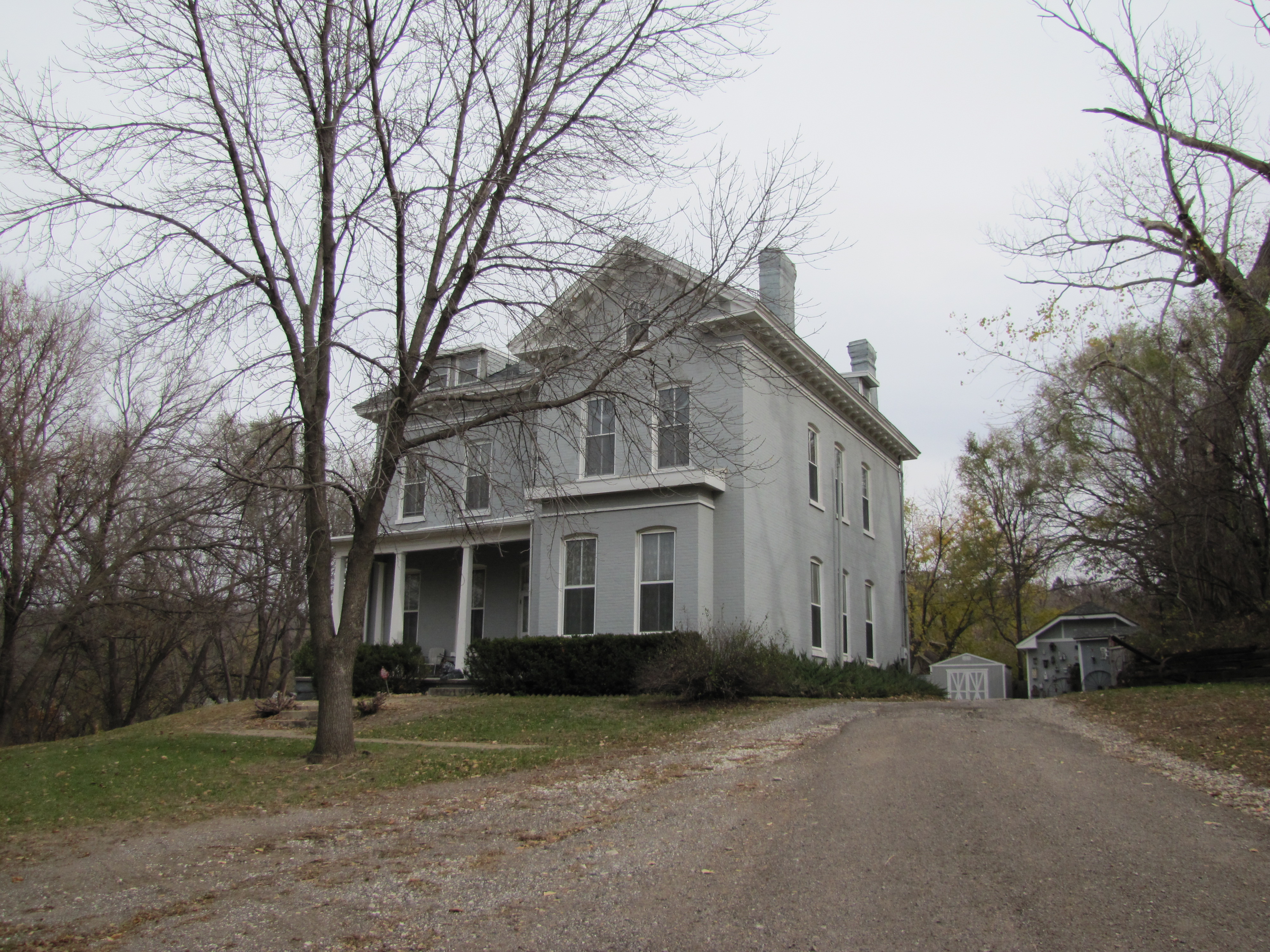 The brick house, with original brackets under the eaves, has inner walls two bricks thick and outer walls three bricks thick. On the entrance side of the house is a square bay window with a gable above, and a slant bay window under a gable on the north side. The ceilings on the first floor are twelve feet high; on the second floor, ten feet high; and on the third floor, originally the servants’ quarters, eight feet high. Architectural historian Molly Naumann, on a recent visit to Council Bluffs, was asked about the possibility of the date of construction of the house being earlier than 1888, considering its resemblance to the Snow House at Fourth Street and Fifth Avenue, built in 1854. Acknowledging the similarities, Naumann believes the 1888 date is correct: “The pitch of the roof is steeper than it would have been in the 1850s or ‘60s, and the windows are tall and slender with segmental arched tops rather than the shorter, wider windows with timber or stone lintels. The scale and proportion of the house are more late Italianate than early.”

Early newspaper articles list the address as 1703 Tostevin. The 1888-89 city directory uses both Jane and Tostevin. The house was converted to apartments at one time, and was restored to a single-family residence by the Wayne Sampson family in the mid-twentieth century.

Urban legends abound. Among them are the following:

The Test House was built by slave labor with bricks hauled up the Missouri River from St. Louis by steamboat: Could be. It was built before the Civil War. A few other houses in Council Bluffs were built of St. Louis bricks.

The Test House was used as a hospital during the Civil War and a tunnel connected it to the Gordon House where the doctor lived: The date of construction precedes the Civil War, which would make this possible, but no documentation has been found to verify it. No evidence of a tunnel has been found by current owners of either house. And the Gordon House was built in 1888- 23 years after the war – unless the house replaced an older one. The Sanford Fire Insurance map of 1885 does not show the area, perhaps because it was outside the city limits at that time, so there is no footprint of a house with which to compare.

The house is haunted: Ghost sightings have been reported by previous owners.

A bell system connected the two houses: A previous owner reports hearing a bell ringing, but when she searched the area from which it came, it would ring in a different area.

Haunted or not, this impressive historic home is featured on Preserve Council Bluffs’ Historic Homes for the Holidays Tour on Sunday, December 2nd from 2pm to 5 pm along with 517 Fourth Street, 215 S. Main Street, 526 S. Third Street, 286 High School Avenue, and 211 Park Avenue. Tickets at $15 are available at all locations. A boutique will be free and open to the public at historic 206 Park Avenue.