John Joseph Shea was born in 1859 near the village of Business Corners, Van Buren County, Iowa. His parents were John Shea and Ellen Flynn Shea, natives of County Kerry, Ireland. It is not known if there were other children.

In the 1860s, the family moved to Jefferson County where John helped his father on the farm and attended country school. He was an exceptional student. Having no further education beyond that which he received in the country school and county institutes, he qualified as a teacher. At a very young age, he taught school near Neola. With money he made teaching and working at part time jobs, he was able to enter law school at the University of Iowa, graduating in 1882. He began the practice of law in Neola as a member of the firm of McWilliams and Shea. 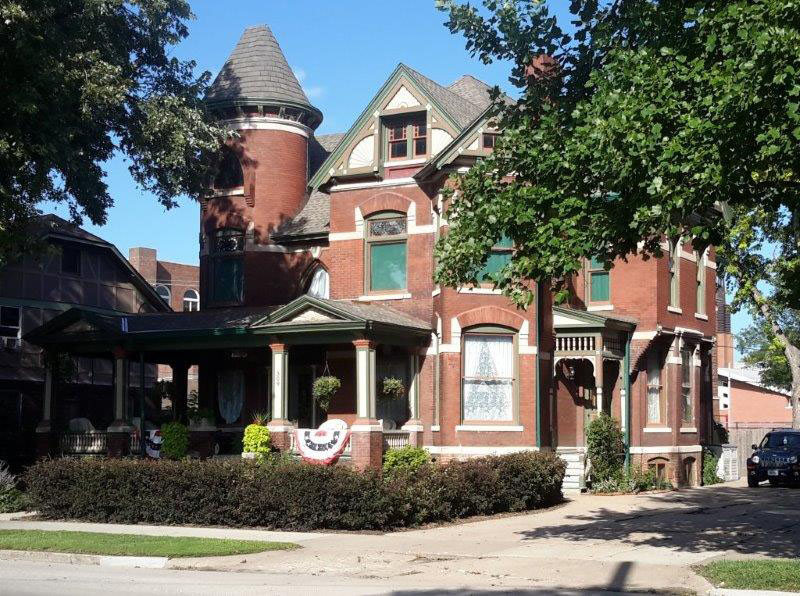 Agnes Mary Fenlon was born in 1860 in Illinois. Her father, James Fenlon, was born in Ireland, her mother in Pennsylvania. Other family members were her sister Nellie and her brother James. Agnes taught school at the Center Street School in Council Bluffs. The St. Patrick parish (Neola) centennial book commemorating the construction of the church recognizes Mr. and Mrs. James Fenlon and the Children of James Fenlon, donors of large windows in the church.

John Shea and Agnes Fenlon were married on November 21, 1883 in Neola. A short time after their marriage, John was elected to the office of clerk of the district court of Pottawattamie County and he and Agnes became residents of Council Bluffs. He completed his term in 1889 and returned to the practice of law- this time in Council Bluffs. He formed a partnership with his boyhood friend John Galvin. The firm Shea & Galvin was located in the Merriam Block.

On July 5, 1887, an announcement in the Nonpareil read: “Yesterday morning County Clerk Shea broke ground for his handsome new residence on Eighth Street, immediately south of Capt. Geo. Brown’s residence. Wickham Bros. have the contract for the brick work and J.H. Murphy for the carpenter work.” (Agnes Shea’s sister, Nellie, was married to O.P. Wickham, contractor and brickmaker.) By 1888, the Sheas were living in the new house at 309 South Eighth Street.

The Panic of 1893 was described as the worst economic depression the United States had experienced at the time. It was marked by the overbuilding and shaky financing of railroads and a run on the gold supply. It lasted for five years and resulted in a series of bank failures. The Sheas lost their new home.

According to city directory listings, in 1897 they were living at 629 Willow Avenue and in 1899 at 726 Willow Avenue. In 1904, the family moved to Independence, Kansas. The following year, they settled in Bartlesville, then Indian Territory, afterwards Washington County, Oklahoma where he began the practice of law. According to the Annals of Iowa, he was “…an active participant in the transition from the territorial to the state form of government; appointed judge of the twenty-fourth judicial district by Gov. Chas. N. Haskell; upon leaving the bench resumed the practice of law…”

Following World War I and the discharge of his son Thomas from the Army, the Sheas moved to Tulsa, Oklahoma where John practiced law in partnership with his son until his death on November 14, 1928. He was buried in Holy Family Cemetery beside his wife, who preceded him in death the previous year.

The Chronicles of Oklahoma wrote this about him: “The son of an Irish immigrant and tenant farmer, his life is a fit illustration of the heights to which the lowliest citizen of this country may ascend. He loved the Constitution of the United States and the American Way of Life, and he believed that this country had attained its greatness and its leadership among the nations of the earth because of the fact that its government is one of laws and not of men.”

Banker Timothy Turner purchased the home at 309 South Eighth Street in 1900. He and his brother-in-law C.R. Hannan, who lived across the street at 805 Second Avenue, founded City National Bank. Turner’s daughter, Marian, continued to live in the house until 1993.

This massive two and one-half story Queen Anne house is built of patterned brick, adorned with limestone, pressed metal trim, carved sunbursts and corbelled chimneys. It is dominated by a three-story turret with a “witch’s cap” on one corner and a two-story square bay on the other corner. There are many stained, leaded and beveled glass windows. The large “L” shaped porch of classical design was modified at a later date while a side porch is of a charming gingerbread style. Projecting from the north side of the house is a one-story round room. Once a bed and breakfast, the house is now a private home, a local landmark and listed on the National Register of Historic Places.