The first owners of this lovely Queen Anne home on the corner of Fifth Avenue and South Seventh Street were Anna and Charles R. Cornelius, born in Illinois and married in 1883. They had two children, William and Marie, when they moved to Council Bluffs around 1891. They purchased the property at 502 South Seventh Street in 1901 and built the house during that year. Marie Cornelius married Dr. A.V. Hennessy in 1909 and both families lived in the house. It remained the family home for 66 years.

Tipperary Bios – Celtic Cousins tells the story best. It was written in 1933:

“Doctor Hennessy was born in Iowa City, October 15, 1884, son of Richard and Ellen (Maher) Hennessy. Both parents were born in County Tipperary, Ireland, and were young people when they came to the United States. His mother died December 30, 1906. Richard Hennessy settled in Iowa City more than half a century ago and is now a resident of Chicago. At one time he carried mail in Iowa, was a carpenter, architect and builder. He is a Democrat in politics and a devout Catholic. There were ten children, seven of whom are living. Two brothers are associated in practice at Council Bluffs, Dr. Albert V. and Dr. Maurice C. The latter was born April 18, 1891. 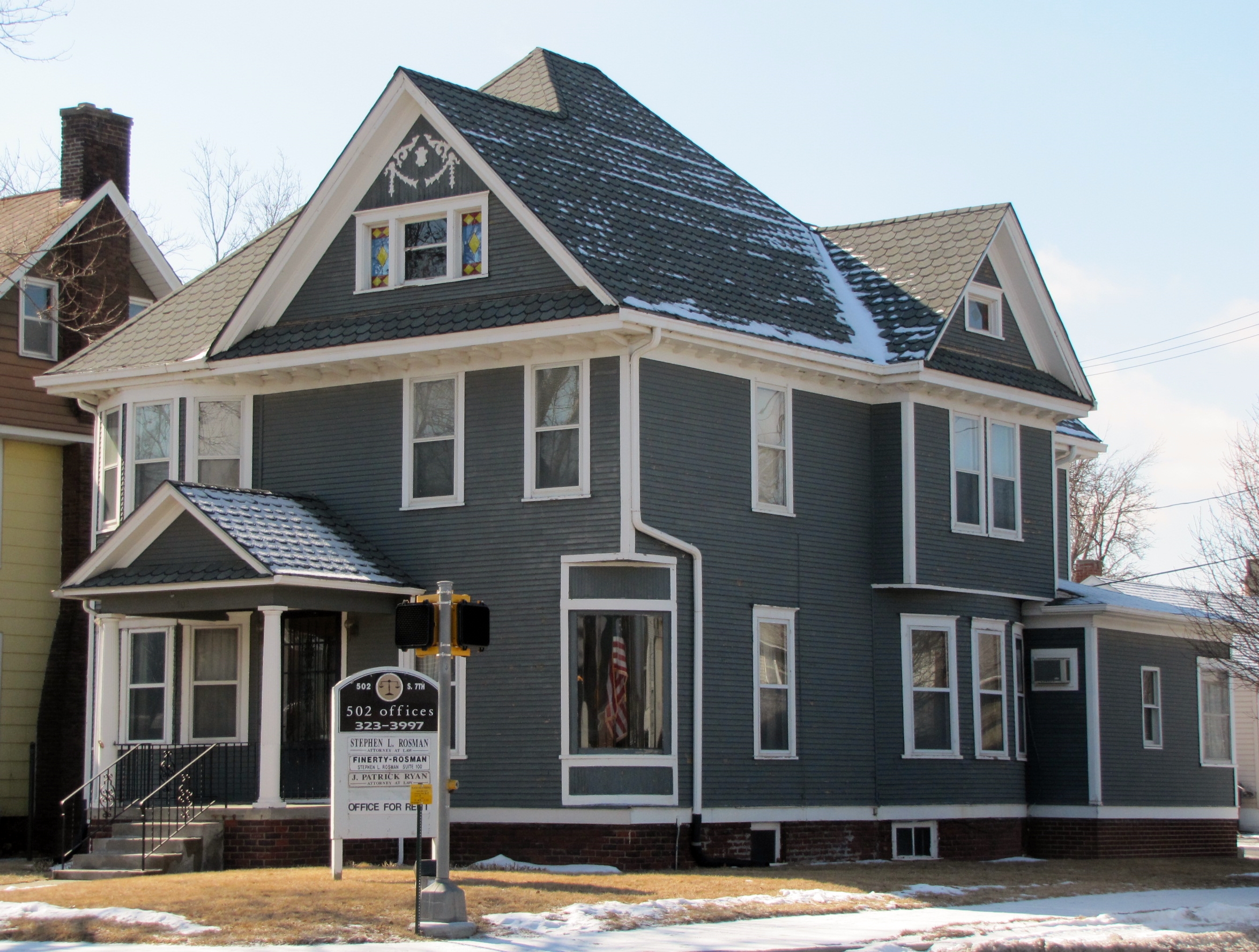 “Albert V. Hennessy attended parochial and public schools and graduated from the Iowa City High School in 1902. He received his medical degree at the University of Iowa in 1906, and also had the benefit of six months of work as an interne in the Mercy Hospital at Council Bluffs. He entered private practice there June 13, 1906, and for a number of years his work has been entirely in surgery.

“Doctor Hennessy married in September, 1909, Miss Marie L. Cornelius, who was born in Freeport, Illinois, October 15, 1887. She attended school at Council Bluffs. Her father, Charles R. Cornelius, has been for many years a railway conductor with the Milwaukee Railway System. Doctor and Mrs. Hennessy have had three children: A.V., Jr., attending school; Charles Richard; and Cornelius, who died in 1913.

“Doctor Hennessy and family are members of St. Francis Catholic Church. He is a fourth degree Knight of Columbus, member of the B.P.O. Elks, Ancient Order of United Workmen, Fraternal Order of Eagles. During the World war he had the rank of major in the Medical Corps and was assigned duty as chief of surgical service at Department Hospital, Honolulu, and also served as surgeon member of the medical advisory board, Hawaiian draft. He was discharged December 31, 1918. His brother served overseas in the United States army as an officer in the medical department in the late war.

According to news reports, Dr. Hennessy died of injuries sustained in a fall from a hotel window in New York City in 1933. He had been ill for about three years. The Hennessys had been visiting his nephew, Dr. J. D. Hennessy, who was on the staff of the Long Island College Hospital in Brooklyn.* They had just returned from spending time on the west coast in search of treatment for his depression. Dr. Hennessy was 47 years old.

The Nonpareil reported that more than 600 attended his funeral at St. Francis Church with eight members of the clergy participating. Pallbearers and ushers included doctors from both hospitals. Organizations attending in a body were the Doctors’ Wives club, Mercy Hospital Alumnae Association, Mercy and Jennie Edmundson Hospital nurses in uniform, the American Legion, and the Council Bluffs Medical Association. The Cornelius and Hennessy families are buried in St. Joseph Cemetery. They share a tombstone in death as they shared a home during their lives.

The Hennessy House, as it was best known, was built in the Queen Anne/Free Classic style. It features a hipped roof with an off-center front gable, a two-story rounded bay on the left, a canted bay with a curved glass window on the right and a centered front porch with fluted columns. It has been beautifully preserved.

*Dr. J.D. Hennessy was a noted Council Bluffs surgeon for many years. According to U.S. Census records, he lived with the A.V. Hennessys for a time, and was listed as a “foster grandson” in the obituary of C.R. Cornelius.