All decked out for the Fourth of July, this stately mansion with its commanding view of the Missouri river and the Omaha skyline was built in 1887 for attorney Finley Burke. The second owner was John G. Woodward, founder of the Woodward Candy Company.

Finley Burke was born in 1855 and came to Pottawattamie County at one year of age with his parents, Finley Adams Burke (county auditor and police court judge) and Margaret McMillan Burke, and to Council Bluffs in 1860. In 1874, at age nineteen, he was licensed to practice law by Judge Joseph R. Reed, becoming the youngest attorney in Iowa. He subsequently became a partner in the firm of Dailey and Burke and was admitted to practice before the U.S. Supreme Court. He moved to Orange City in 1881 and practiced law there until 1887 when he returned to Council Bluffs where he was the senior member of the firm of Burke and Casady. In 1902 he became the senior member of the firm of Burke, Harl & Tinley. At the time of his death in 1903, at age 48, he was attorney for the Chicago Northwestern Railway. His first wife, Lizzie Casady, died within a year of their marriage in 1877. According to her obituary, “Miss Casady had the distinction of being the first white child born in Sioux City.” In 1882, Burke married Parthenia Jefferis, daughter of early pioneer Thomas Jefferis, and together they had four children. 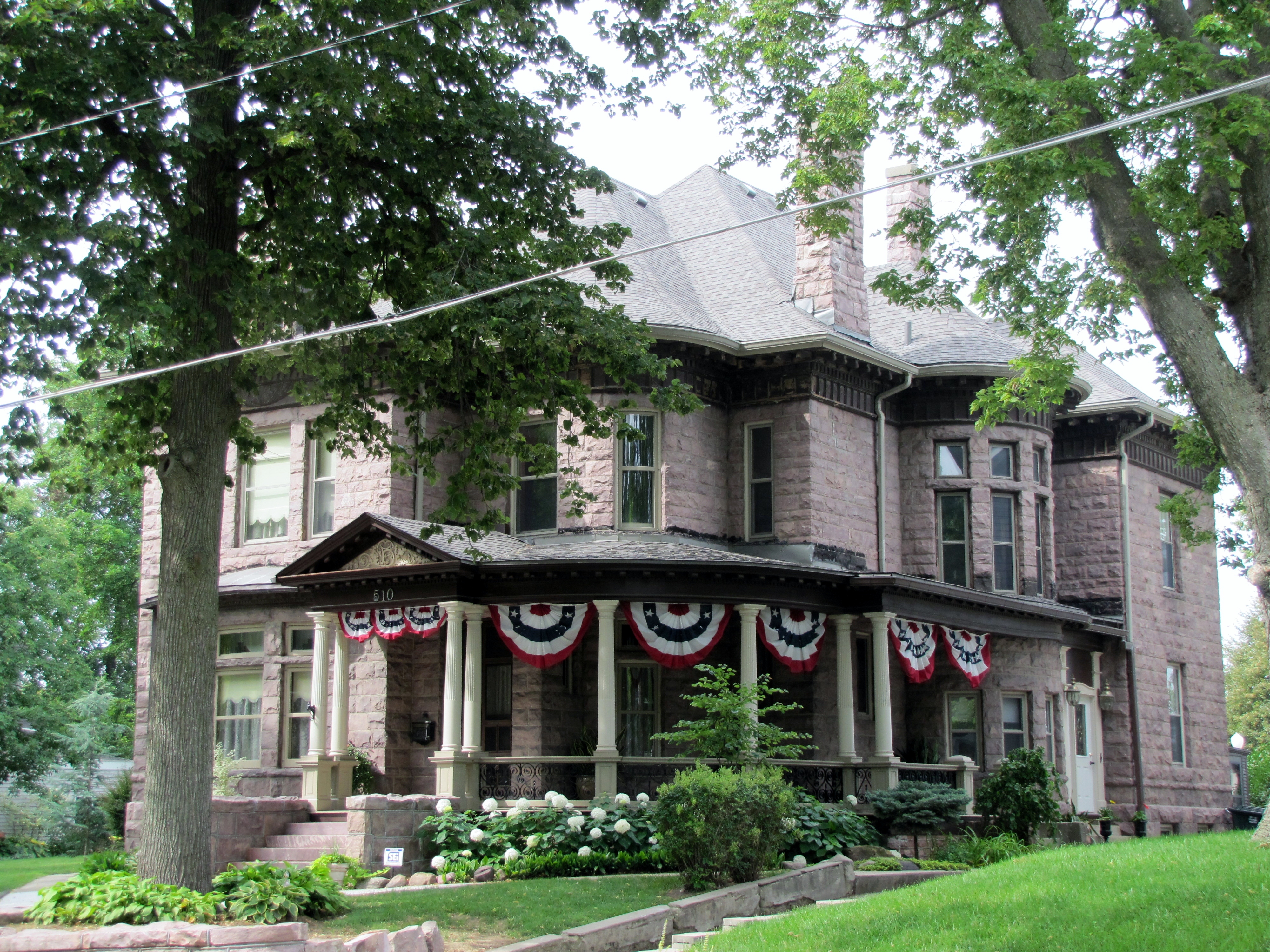 John G. Woodward and his wife, Hattie, lived in the house for four decades. The Woodward Candy Company was one of the largest candy businesses west of the Mississippi. Jean and Inez Bregant, the diminutive couple who met as vaudeville performers, married, and lived in Council Bluffs at 517 Fourth Street, were the spokespersons for the company.

Built in the Richardsonian Romanesque style of Sioux Quartzite from Jasper, Wyoming, and featuring multiple pyramidal hipped rooflines, modillion blocks under the eaves and rounded glass windows, the impressive structure is known as the Burke-Woodward House. It is located in the Lincoln/Fairview Historic District which is listed on the National Register of Historic Places.