Although educational opportunities for young women existed in Council Bluffs in 1867, many of its wealthier citizens believed that young ladies should be educated privately and study subjects “appropriate to their station in life”. Enter the Reverend George Little, a Presbyterian minister.

The Reverend Little’s Young Ladies Seminary began early in 1867 when sixty-seven prominent citizens, including General Grenville Dodge, pioneer settler Samuel Bayliss, and land speculator and engineer Thomas Tostevin, conducted a campaign to raise money for such a school. In May of that year, according to the nomination of the building to the National Register of Historic Places, the group signed a contract with Reverend Little to establish a female seminary. Under the terms of this agreement, he would build a suitable school at a cost of $10,000, utilizing $4,000 of his own funds and the subscribers providing the remainder.

The school opened in the fall, in the sanctuary of the Presbyterian Church. In November, classes moved into the newly-completed building, offering primary and secondary instruction as well as vocal and instrumental music, gymnastics, penmanship, and other courses. Although Reverend Little’s school received very favorable publicity, he encountered great difficulty in collecting the money pledged to construct his building. On January 1, 1870, his board of trustees informed him that no more payments would be forthcoming. Reverend Little closed the school, filed suit against the trustees for the money due him, and eventually was awarded title to the property. He sold the building and moved to Nebraska where he became a missionary. 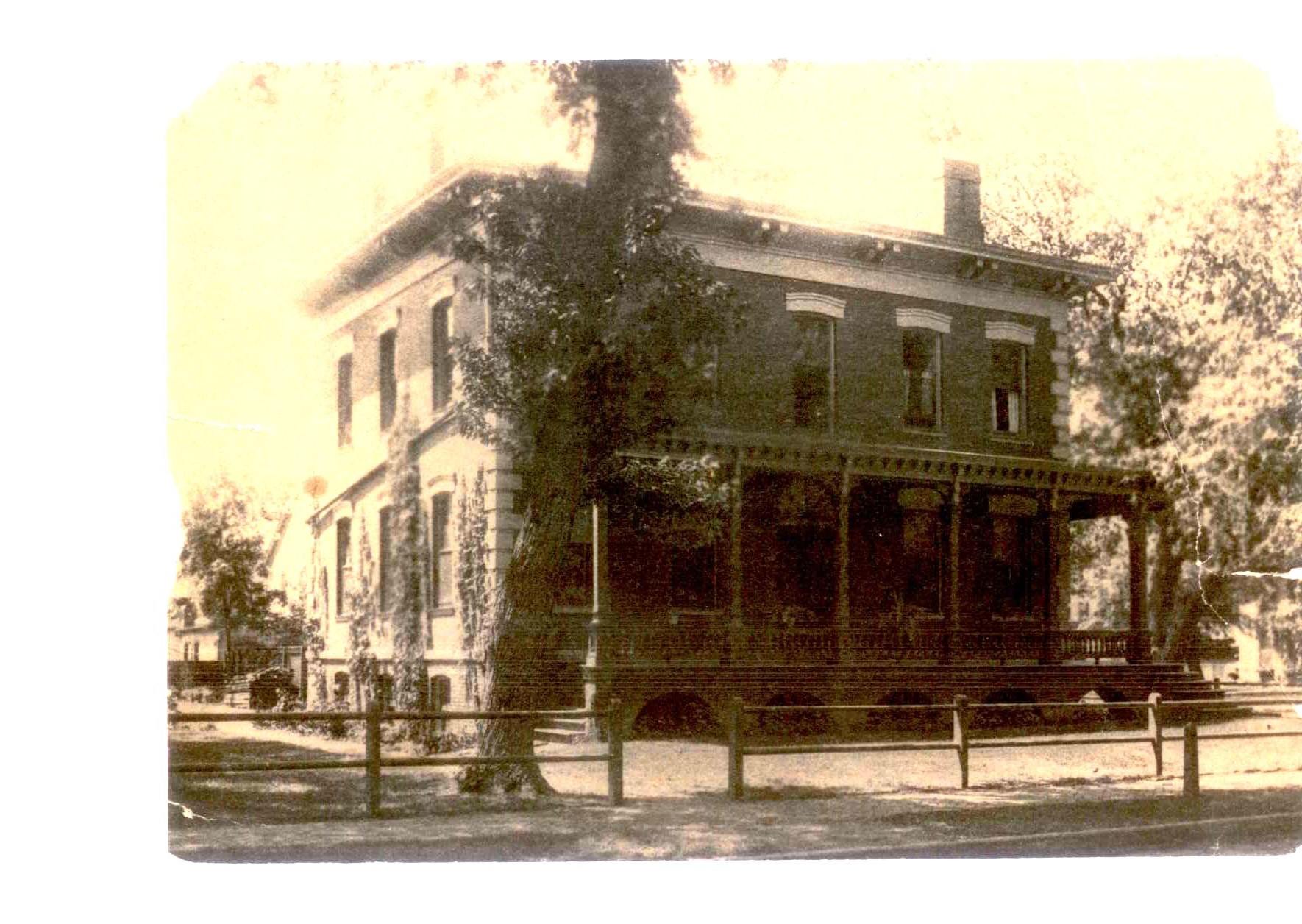 James F. Evans, president of First National Bank, purchased the property in 1875 and converted it into a single family residence. Evans also had a substantial interest in a grain purchasing firm. During the 1880s, he became one of the principal figures in the Crystal Mills and Elevator Company which manufactured and marketed two brands of flour. Evans and his family lived in the seminary building until 1898 when they sold it to Charles Rodney Tyler, one of the Crystal Mills partners who eventually acquired the company and became a street railway magnate in Council Bluffs as well. He lived in the house until around 1907. Within a few years the building was converted to apartments. At the present time, it houses a law office.

Located one block from the Haymarket area and one block south of the courthouse, the building is a good example of the Italianate style so popular in Iowa during the years preceding and following the civil war. Williams and Tostevin Company constructed this two-story brick building, designed by Council Bluffs architect A. G. Bassett. Notable exterior details include brick corner quoins, a stone water table, brick window hoods, cast iron window sills, large carved wooden brackets under the eaves, and a plain cornice, all of which are painted white and create an effective contrast to the red brick exterior walls. Along the front façade and south end, the house features a raised encircling verandah, added in the 1870s by James F. Evans. Except for alterations to the porch and the unobtrusive shed-roofed addition on the west side, the building has undergone relatively little exterior change over the years. It was listed on the National Register of Historic Places in 1982.