A comprehensive study of the entire area surrounding the Avenue G viaduct prior to its construction, states that a specific portion is significant enough to warrant a determination of potential National Register eligibility. The study was conducted in 2000 by Leah Rogers, Historic Preservation Consultant of Mt. Vernon, Iowa. Several important structures mentioned in the study no long exist. However, the history hasn’t changed. In addition to the History portion of the document, the primary source of information for this article is the Mynster/West Washington Historic District section. 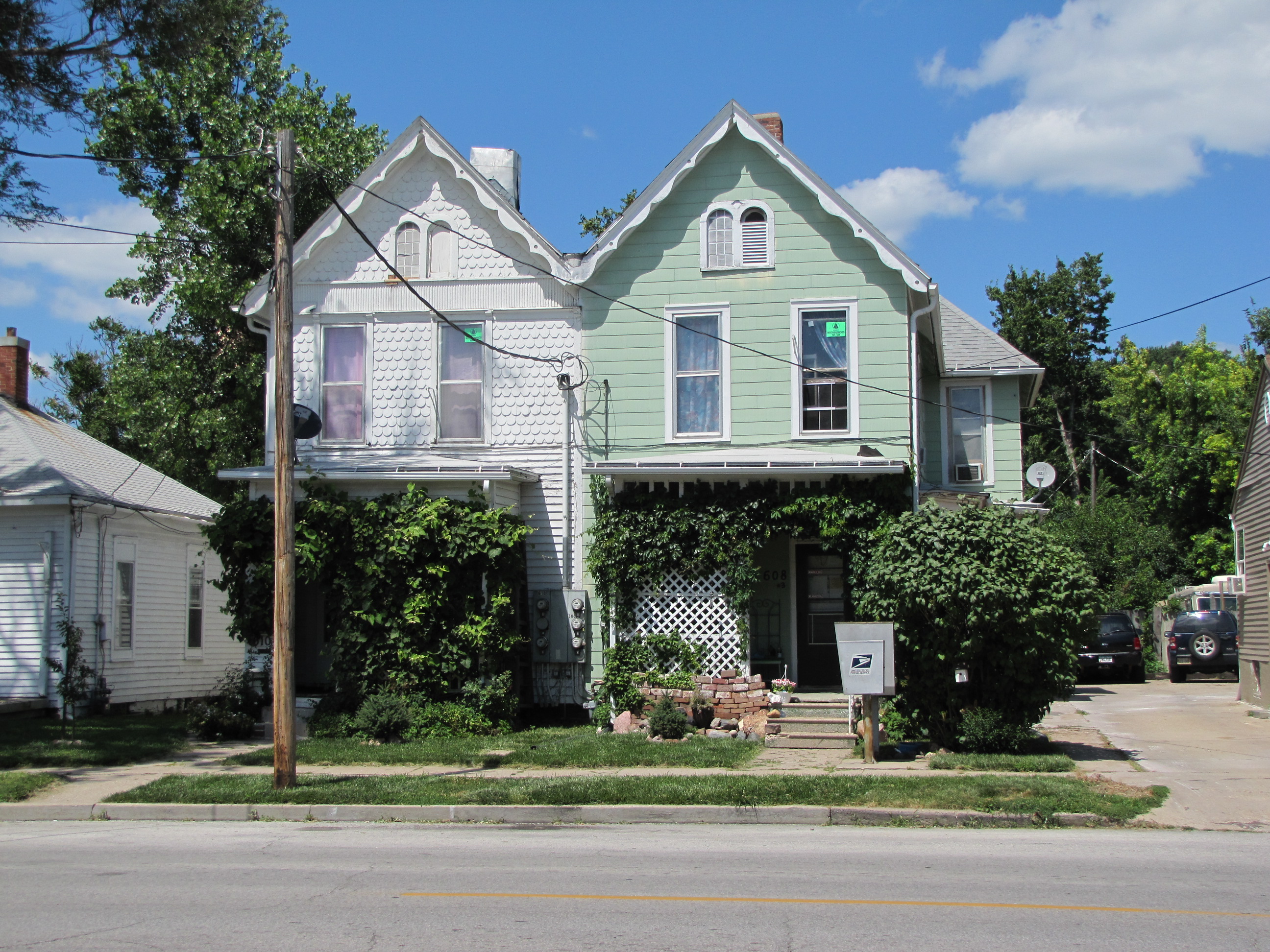 In the early history of Council Bluffs, the arrival of the Mormons and the gold rushers, and the building of the railroads shaped the future of the entire city. Two other historical events relate to this district:

In the late 1830s, following the government’s Indian Removal Policy, the Potawatomi were moved from their homes in the Great Lakes region to western Iowa. They were led by Captain Billy Caldwell, the half-Irish, half-Mohawk negotiator between the Potawatomi and the federal government. On their arrival, they broke up into five camps, one of which was established within the present city limits of Council Bluffs. It is believed to have stretched from the Seventh/Eighth Street area north along Indian Creek (now underground) and what is now Broadway. The camp was called “Caldwell’s Village”. 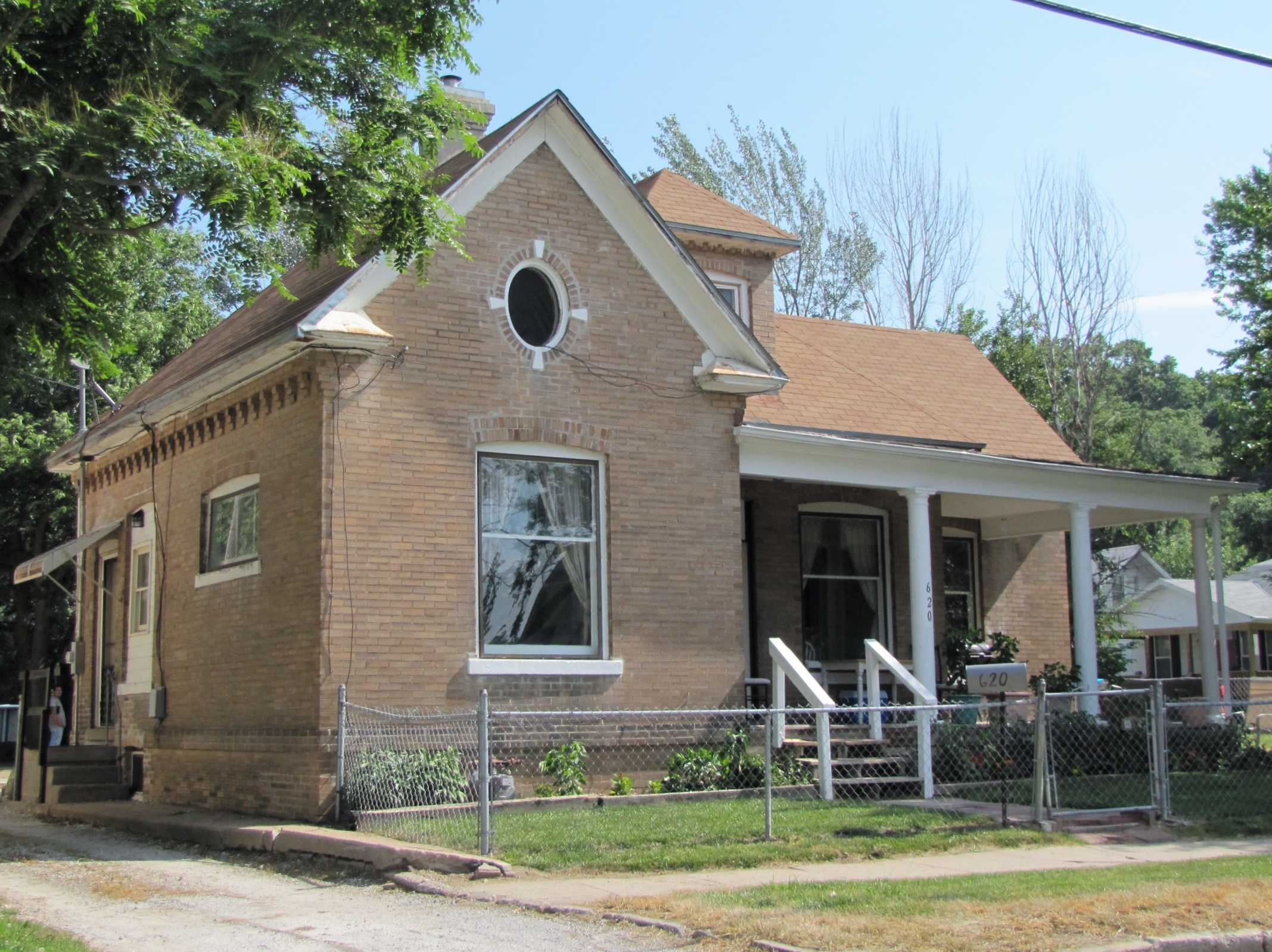 Where did Mill Street get its name? An early account tells us that a man named Madison Dagger established a grist mill in 1848. “Dagger’s Mill” was located at the foot of the bluff near the later intersection of North Sixth and Mill Streets.

“Its power was derived from Indian Creek, the water being led by a race from the original channel at Benton Street, along what was then known as Green and Race Street, to the mill site. Afterward, machinery for manufacturing lumber was added.” (Babbitt 1916:18)

Another account has the water racing down the south side of Green and Race Street to City Mills on Bryant Street (established later), continuing along North Sixth Street to Dagger’s Mill. The western part of Greene Street was called Race Street (now West Washington Avenue).

Mynster Street is named for Maria Mynster, an early pioneer. C.O. and Maria Mynster came here in 1850 with their young son, William, becoming the first Danish settlers in the area and, some say, in Iowa. Mr. Mynster, merchant and real estate dealer, died of cholera a year later, and Maria took over the business. The Mynster Addition was the first property to be registered in the newly-established Land Office in 1853 and makes up a significant part of this historic district.

This district, roughly bounded by Mill, North Sixth, Mynster/Creektop, and North Eighth Streets, is significant because of the “notable concentration of late nineteenth to early twentieth century housing that was dominated by multiple family dwellings, including double houses, duplexes, and early twentieth century apartment complexes during the period between the 1870s and the 1930s.

Among the various styles in the district are several modest-sized gable-front-and-wings that exhibit Queen Anne and Craftsman stylistic influences, and two larger homes built in the Second Empire and Queen Anne styles. Also, the multi-family housing in the district reflects three types of double houses/duplexes: twinned (side-by-side, sharing a common wall, built on two separate lots); combined (built as one structure), and stacked (upstairs-downstairs).

Two other distinct features of this neighborhood are canted corner bay windows found on both large and small homes, and the use of stucco as a wall finishing material on new construction in the 1910s-1920s as well as an update finish for older homes. 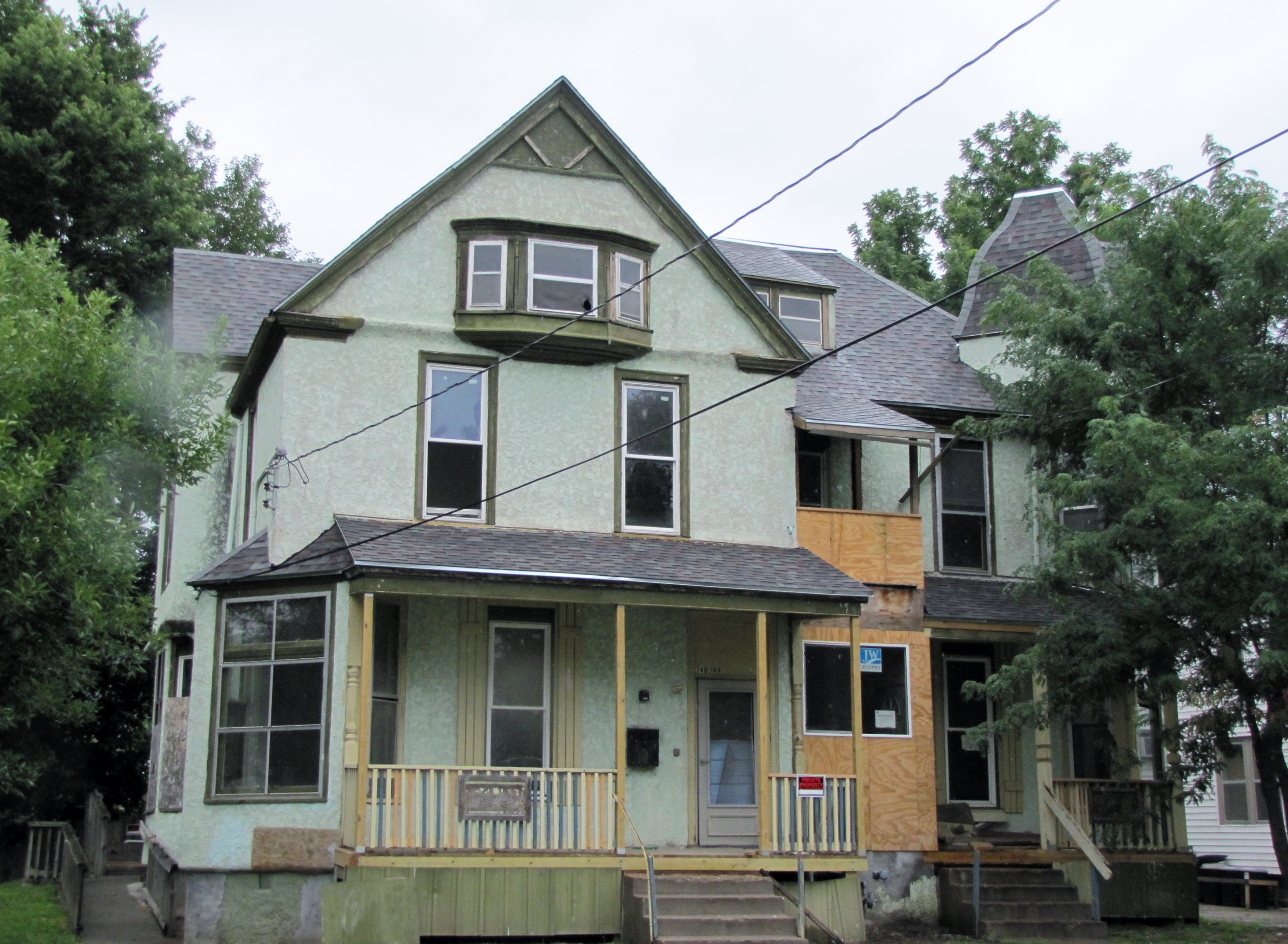 This brief overview barely scratches the surface of the findings of the study of a neighborhood that is such an important part of Council Bluffs history. A drive through the identified district will provide a visual “history they lived in”. Scattered throughout the entire area, however, are homes of equal architectural and historical significance and interest. Enjoy.