Not every grand house with impressive architecture has an interesting history. Sometimes it’s the little cottages that hold the surprises. So it is with this very old side-gabled cottage with a front gable centered over the porch. It appears that it may have started life as a two-story I-house (two-rooms wide and one-room deep) grown larger over the years with several additions. Not being part of a designated historic district, it does not have documented information readily available. Quite by accident, I stumbled upon the name of its long-time owner, Andrew C. Graham, known as the “father of the Council Bluffs park system”.

H.H. Field, in his History of Pottawattamie County, writes in 1907 that no citizen has done more for the establishment and improvement of the park system in Council Bluffs than Andrew Graham. The Review of Council Bluffs Park System of 1914 recognizes Andrew Graham for his “thirty eight years a leader in Council Bluffs park work”. During his time on the Board of Park Commissioners and as its president, the following parks were established: Bayliss and Cochran Parks (both gifts to the city), Lake View (Big Lake), Island Park, Cook Park, Graham Park, and Prospect Park. His greatest achievement was the acquisition and development of Fairmount Park, its swan pond, zoo, flower beds, trails, and convincing the powers-that-be to run a streetcar line to its entrance. 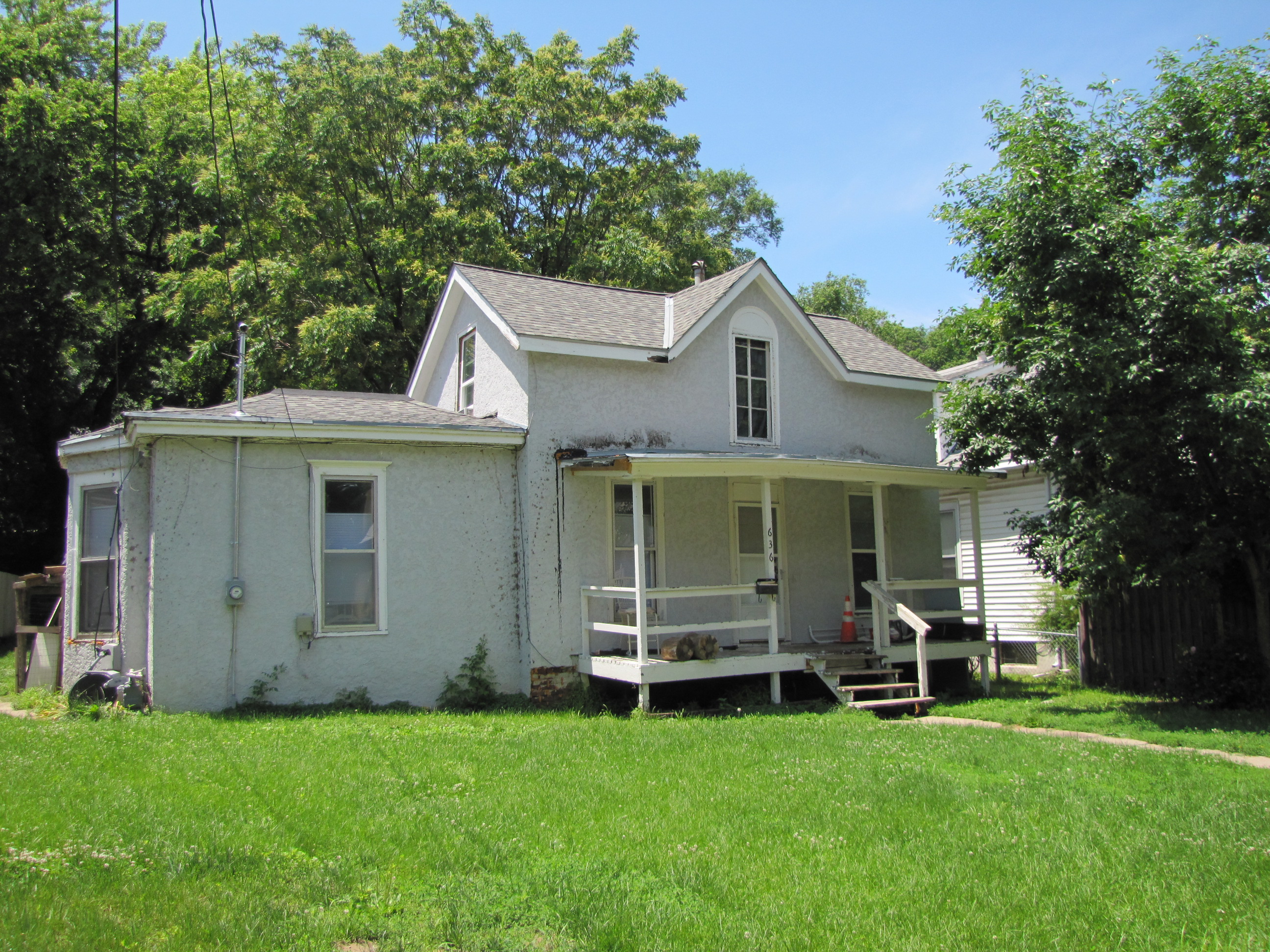 Andrew Graham, according to a Nonpareil story at the time of his death, was born in Ayrshire, Scotland in 1832 and spent the first twenty five years of his life there, acquiring his education in its public schools. He was married in Scotland in 1853 to Margaret Oliver. They came to Council Bluffs in 1857 and, except for two years, made this their permanent home. They left for Idaho in 1863, returned in 1865 and opened an outfitting store carrying guns, fishing tackle, etc. for the use of emigrants. He is listed in the 1866 Emigrants’ Guide (the earliest city directory) as living on South First Street “between Knepper and Pomona”, so the house was there at least by 1866 and possibly earlier. He continued in the mercantile business for thirty years as a member of the firm of Oliver and Graham, and later Graham and Son (Robert). He continued actively in that role until 1898 when he retired and devoted his time to following his passion – the Council Bluffs parks. Commissioner H.G. McGee once fondly referred to him as “that hard headed nature-loving Scotsman”.

The 1908 city directory lists Andrew C. Graham as a parks commissioner living at 646 South First Street – a newer and larger house in the same block, on the corner. Margaret died on September 3, 1918.

Besides his volunteer work on the park board for more than four decades, Mr. Graham served for four years as a member of the city council and for six years on the county board of supervisors.

At the time of his death on May 9, 1919, he was serving as chairman of the park board. The Nonpareil gave this account: “Failing to appear at the scheduled hour for the regular meeting of the park board Tuesday afternoon, H.G. McGee, member of the board, went to Mr. Graham’s home to bring him in his automobile. Failing to get a response to his ring, Mr. McGee stepped inside and found the body of Mr. Graham reclining on a sofa in the living room. Papers were spread out on the table, where Mr. Graham had evidently perused them until the last minute. It is thought he felt a heart attack coming on and, lying down on the sofa, passed away.”

Graham Avenue bears his name, and the parks commission named Graham Park in his honor.