Across the street from Bloomer School, at 722 Willow Avenue, stands a large red-brick Italianate house that was home to Joseph Mueller, his wife and eight children. Born in 1837 in Lobendose, Bohemia, he came to America in 1857 (age 20), settling in New York. Two years later, in 1859, he came to Council Bluffs. H.H. Field, in his History of Pottawattamie County, published in 1907, credits Mueller with having “done more for the cause of music here than anyone that preceded or has followed him.”

This is his story, as told by Field, “He (Mueller) had fled from Germany on account of being connected with some revolutionary movement. He was without money or friends, and with little knowledge of our language, but an indomitable worker. He pitched into the first work he could find to do, which was that of sawing wood. While engaged in this at the home of William Folsom, the father of Amelia, afterwards Mrs. Brigham Young, he heard her and some of her young lady friends playing the piano in the parlor, and his quick ear detected an error in the playing. He stepped to the door and said: “Skuse me, ladies, you make some ledle mistake. Shall I show you?” Certainly, they said, anticipating some amusement, as he, in his rough clothes, seated himself at the piano. After showing them the proper rendition of the passage, he could not resist the impulse to let himself out on some heavy work, and their amusement was turned to astonishment, and his career as a wood sawyer was closed. He soon had all the pupils the few pianos in town could accommodate, besides giving vocal instruction, organizing choruses and giving concerts.” 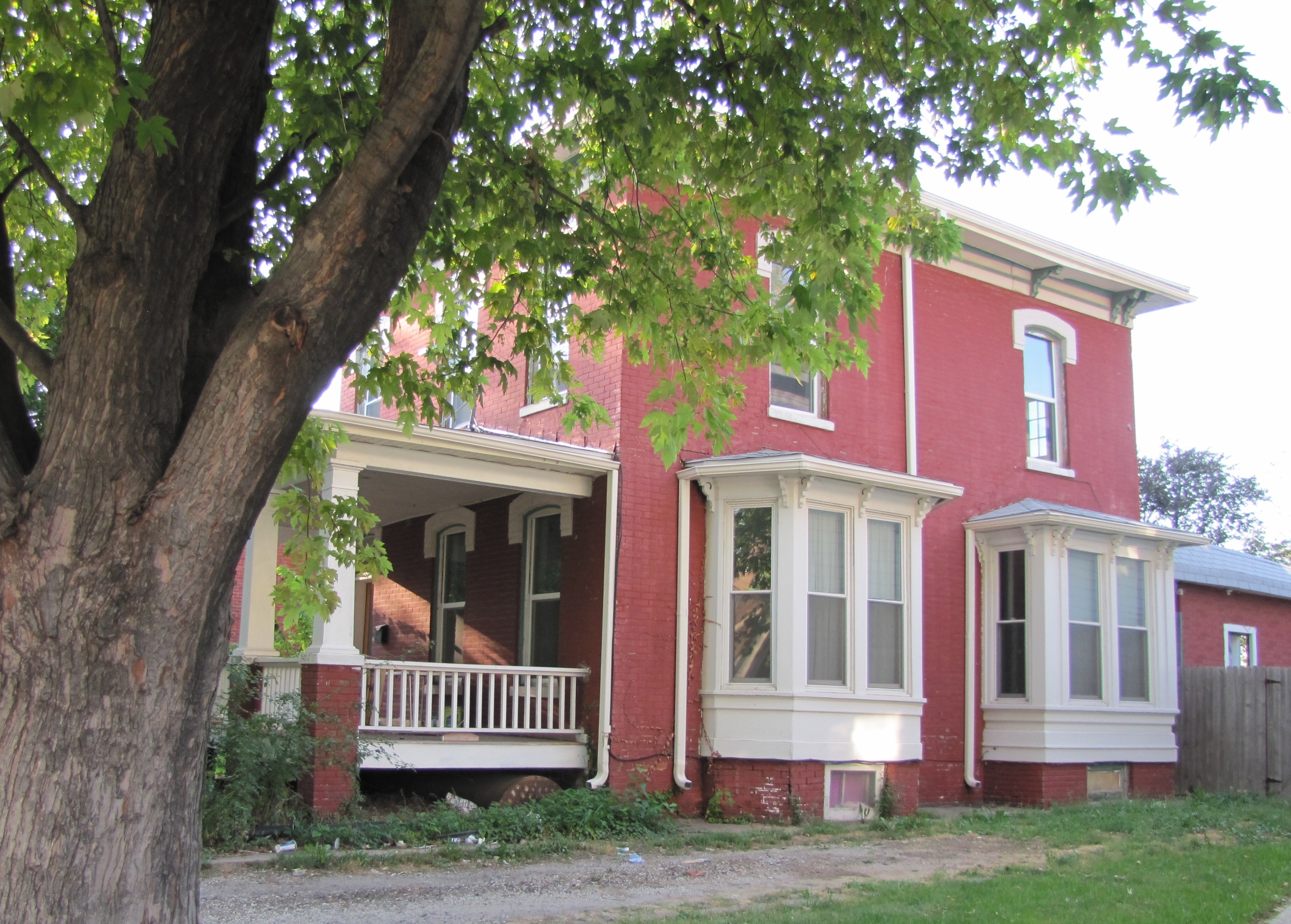 That same year, he opened the first music store in Council Bluffs, located at 104 South Main Street. In 1883, Mueller hired William Schmoller, a German immigrant boy, as a clerk. Schmoller had had only a musical education, at the Eisenach seminary, the birthplace of Johann Sebastian Bach, but he soon demonstrated his abilities in organization. After a year he was made assistant manager of Mueller’s Omaha branch. After Mueller’s death in 1899, Schmoller took over the business. In 1926 the store was moved to Sixth Street and Broadway.

Fourteen years later, in 1940, the Schmoller and Mueller Piano Company purchased a two-story building at 415 West Broadway, a clothing store owned by A. Rosenberg. The opening of the new store included an announcement that an electric elevator in the rear of the store would convey customers and merchandise.” Music rooms will be constructed on the second floor, where lessons will be given for the playing of nearly every popular instrument. Sound-proof booths will be installed on the first floor so customers may listen to musical recordings without noisy interferences. New equipment, including refrigerators, pianos, harps, and other instruments, will be displayed on the first floor …second-hand merchandise will be exhibited on the second floor. Basement will be converted into a service department.” At that time, the company owned stores in Omaha, Sioux City, Grand Island and Scotts Bluff.

A 1936 Nonpareil article about the business states: “From a meager start in 1859 at 104 Main Street, Council Bluffs, the Schmoller and Mueller company has grown to one of the largest and better-known music and home appliance houses in America.”

A 1935 edition of the Nonpareil tells the story of the first piano purchased by Joseph Mueller for his store in 1864 and shipped up the river from St. Louis. (It was not, however, the first piano in the city, as stated in the article.) “Across the dusty mud flats between Council Bluffs and the river the ponderous box was carried by horse-drawn vehicles. At the store the packing was removed. Persons looked at the “”square-type” piano and marveled at the instrument. Fingers ran up and down the ivory and ebony keys. Critical ears were cocked to catch every sound from the cast-iron sounding board on the top.” John Hammer, one of the city’s leading contractors, purchased the instrument and placed it in the parlor of the Hammer home at 140 Benton Street. Seventy years later, the piano – made principally of cast iron with rosewood trimmings – was sold by Hammer’s daughter, Clara Schicktanz. The buyer? William Schmoller.