A visual feast awaits those approaching the intersection of Ninth Avenue and Third Street, and a stop sign provides an opportunity to slow down and enjoy it.

Martin Hughes built this magnificent home, designed by noted local architect S. E. Maxon, in 1887-88. It is said that Hughes, a brick manufacturer and builder, used his own residence to showcase building materials, mason skills, and a variety of stylistic elements. Included in the home’s patterns are rounded bricks, brick murals and bricks set on the diagonal. 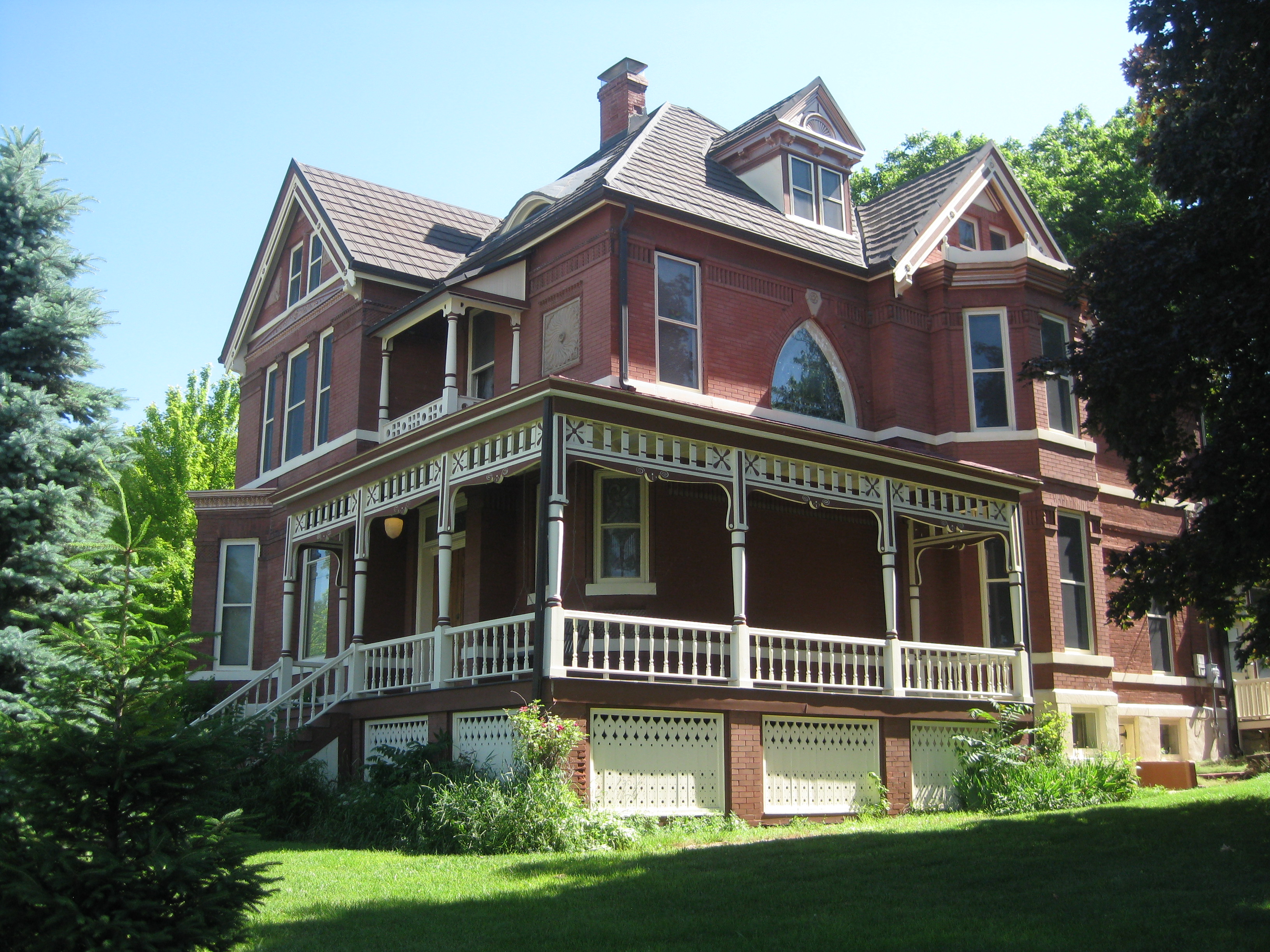 According to his obituary, Martin Hughes was born in 1836 in County Mayo, Ireland. His mother died when he was a child and his father remarried. He was sent to England as a lad, and immigrated to North America in 1854 at the age of eighteen, settling for a short time in Canada. He spent two years in Des Moines and came to Council Bluffs in 1856. Two years later, he married Mary Wickham, who came with her family from County Leitrim. They had eleven children; seven reached adulthood. Hughes became a successful contractor, and for several years was in a partnership with his wife’s brothers, James and Owen P. Wickham, before going into business on his own. He died in Council Bluffs in 1921.

The Martin Hughes House was added to the National Register of Historic Places in 1984, with “architecture” listed as its area of significance. It is an eclectic combination of Queen Anne and Gothic styles along with some Stick and Neo-Classical influences. The two-story house has an irregular plan. It is basically a square central mass with a front gabled wing, gabled side pavilions with chamfered bays, and a rear wing. The front roof portion is steeply hipped, and the rear wing has a hip and deck combination. The house cost $12,000 to build.

The single-family home has been carefully preserved, both inside and out. A new garage is patterned after the original carriage house. The wrought iron fence is from the old Council Bluffs Water Works. (For an overview of the architecture represented in this historic home, go online and search Victorian House Styles.)