The Oxford dictionary defines anachronism as “A thing belonging or appropriate to a period other than that in which it exists”. This term could be used to describe the picturesque 2600 block of Avenue D.

Historic homes with significant architecture can be found scattered throughout the western part of Council Bluffs. But for some unknown reason, at least one that escapes identification at this time, this particular area is a cluster of beauties that appear to have been built during the 1920s and 1930s – perhaps some earlier, and at least five in the 1940s and 1950s.

The architectural styles are primarily variations of the Tudor Revival style with steeply pitched roofs and half-timbering in the gables and dormers, and the Craftsman bungalow style- often with 1 ½ stories, low-pitched gable roofs, exposed rafters, triangular braces under the eaves, full or partial porches with low pedestals supporting columns, and external chimneys. (Not all Craftsman houses have all of these features.) Jerkinhead gables (also called “clipped gable” or “hipped gable”), named for a turn-of-the-century architect, are found on some of the houses of various architectural styles. 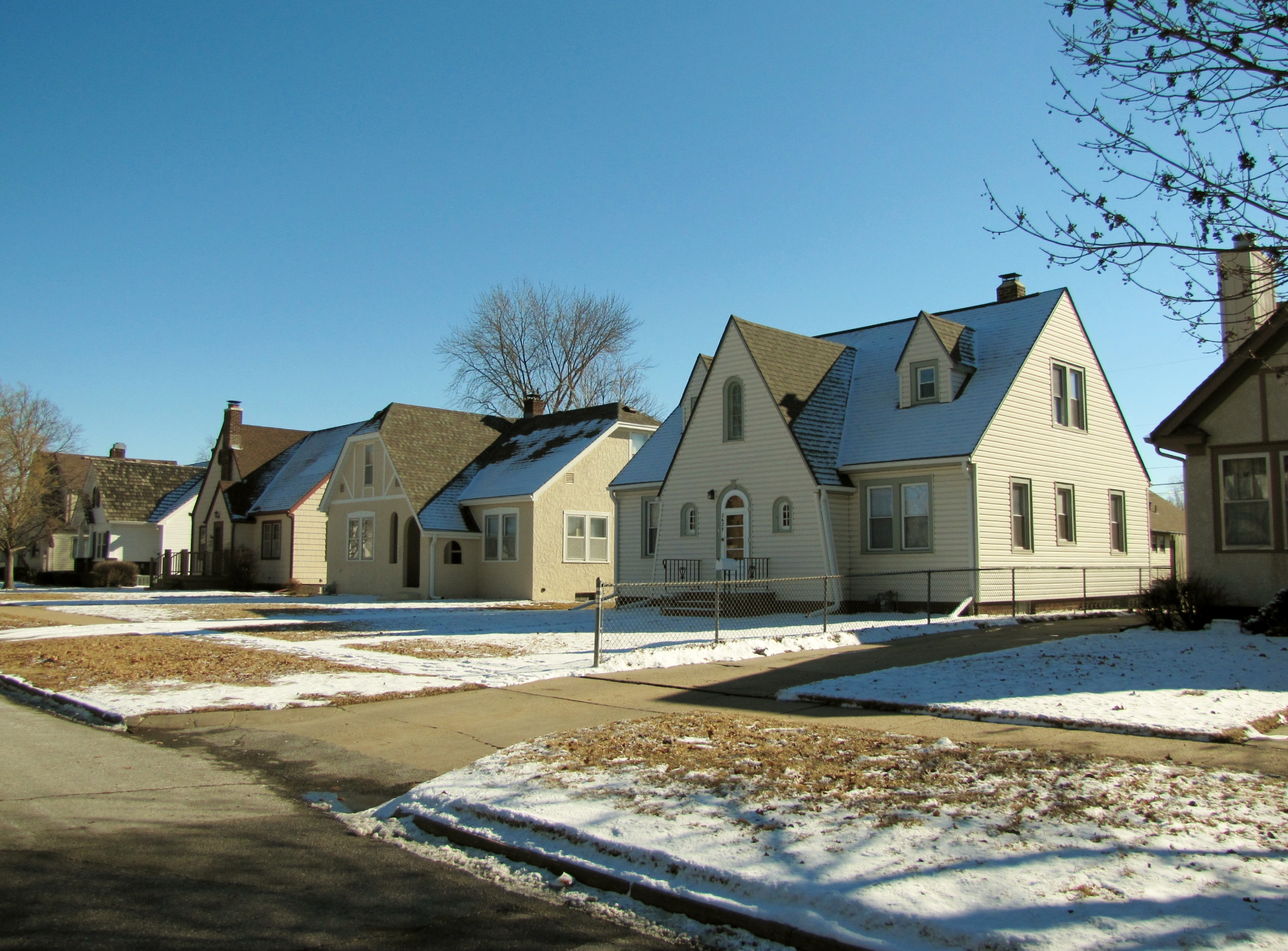 Why is it called “Little Hollywood”? Various reasons are given by residents and former neighbors:

“The houses are older and larger than the ranch houses in the surrounding streets”.

“The house styles are different”

“The street was paved!”

One former resident told of growing up nearby and riding her bike past the houses and wishing she could live in one of them. “One even had an in-ground swimming pool.”

Another recalled the houses, the greenhouses on the north side (Avenue E) and the farmland north of the greenhouses. He remembered the slough in the center of the farm where he and his friends would build rafts and play.

Someone who lived nearby remembered that one of the Little Hollywood residents owned an appliance store near Walgreens and sold the first television sets; she and her friends would gather around the one in the window and watch the test patterns.

In 1959, neighbor Gordon Brown was mayor. He and his family lived at 2709 Avenue D. Brown was Chief clerk to the Law Department of the Union Pacific Railroad Headquarters in Omaha.

Articles and photos from the Nonpareil tell the story of Walton’s Greenhouses immediately to the north of Little Hollywood. Seen on a 1928 Sanford Fire Insurance map as “Ream’s Greenhouses”, they covered the entire 2600 block of Avenue E, which was not cut through.

John T. Walton, former bookkeeper and then office manager of J.F. Wilcox & Sons, florists, purchased the land and greenhouses from L.H. Ream in 1934. He initially raised vegetables (wholesale) in the seventeen greenhouses – under 85,000 square feet of glass – then turned to raising flowers. (At the time, Council Bluffs had more greenhouses than any city of its size in the U.S. The four largest greenhouse businesses were J.F. Wilcox & Sons, Fred L. Lainson, C.E. Hinman, and Henry Meyer, using more than 1,000,000 square feet of glass.) John and Inga Walton lived in the house at 500 North 26th Street, built around 1900, which was also the entrance to the greenhouses. The house is still there – on the corner of 26th Street and Avenue E, facing east.

In 1848, John and Inga moved to Oceanside, California (near San Diego) and purchased a five-acre plot overlooking the Pacific Ocean. There they raised cut flowers which were shipped overnight twice each week and sold in Council Bluffs. Their son, Robert Walton, managed the Council Bluffs operation. According to a 1950 Nonpareil interview with Robert Walton, “Most greenhouses used to raise many of their cut flowers, but overnight shipping allows us to grow them where they grow best.”

Walton Greenhouses closed in 1954, Avenue E was cut through, and new homes were built on the site of the former greenhouses. But, except for the addition of some garages and decks, Little Hollywood remains as it always was.