“Happy Holidays” is the greeting that seems to come from this historic red brick home on East Pierce Street. It was built in 1869 by George F. Keeline for his wife, Sophia, and their children: Louisa, Johanna (Josie), George Albert, Sophia, Benjamin Franklin (Frank), Oscar, William Stewart, Cora May, and Harry.

George F. Keeline (originally spelled Kuhnlein) was born in Frankfurt, Germany, in 1825 and came to this country with his family in 1839. The family settled in Wheeling, West Virginia, where George learned the trade of a butcher. He later worked in a lumber, metal and brick business located across the river in Bridgeport, Ohio, building river boats during the Civil War. After the war he bought land in and around Council Bluffs and in 1869 he and Sophia moved here with their family of nine, ages 21 to baby Harry. 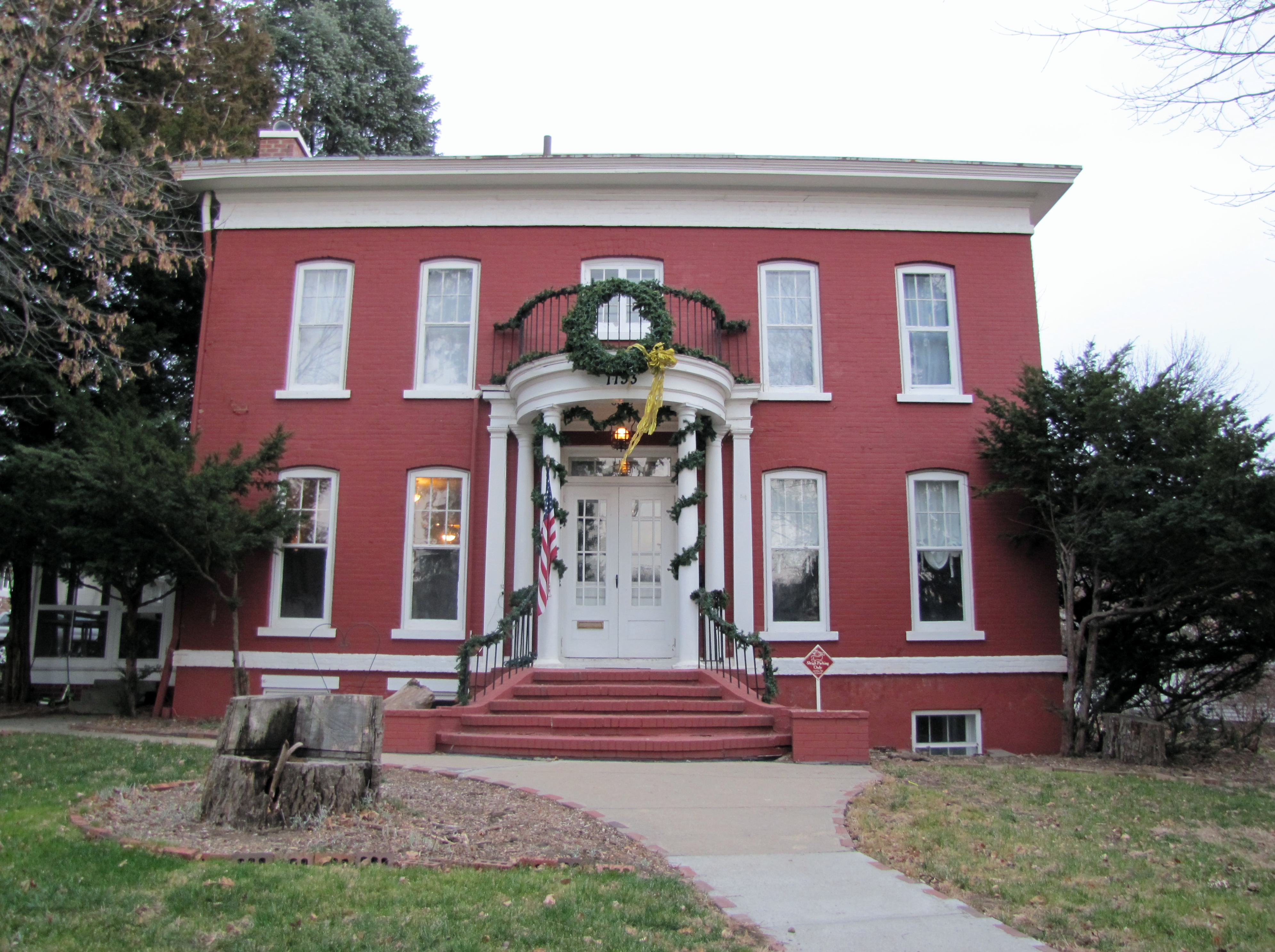 In 1874, George became interested in ranching and bought land in Nebraska and Wyoming. He and his young sons spent summers raising cattle, eventually registering six brands on as many ranches. (In 1877 they started a ranch at the mouth of Cottonwood Creek on the Platte River. They bought 40 saddle horses, two teams of mules and about 1,000 cattle. The ranch belonged to Oscar and Frank. Oscar was 17 and Frank was 19.) In the fall, cattle were shipped to Chicago, Omaha, and other stockyards. Young steers and cows were taken to New Mexico and brought back in the spring. The headquarters remained in Council Bluffs where winters were spent.

Harry Keeline married and remained in ranching in Wyoming; the others returned to Council Bluffs. Besides real estate and ranching, George F. Keeline was involved in banking, serving on the Council Bluffs Savings Bank board of directors. He died in 1901 and is buried in Fairview Cemetery.

The William Stewart Keeline House at 304 Glen Avenue, still standing, will be featured in the next History We Live In column.

The original Keeline House at 1133 East Pierce Street was built in 1869 in the Italianate style. The kitchen was located in the basement. Meals were carried to the upstairs dining room by means of a dumb waiter. It was built without a fireplace; all the heating was done by stoves. In later years, a fireplace was added in the parlor. According to an early description, “Interior room partitions are made of brick covered with plaster. In keeping with the old custom of letting the walls take the place of a foundation, each inside partition runs the full height of the house, from roof to basement floor.” The porch has been modified twice; the original front porch, which was the size that it is today but in an Italianate style, was replaced by a larger structure in 1895 and replaced with the present porch around the 1920s. The windows above the porch replaced a single window.

Mrs. Don Harrison, a former owner, described the house as being “a comfortable house, with an atmosphere that blends the present with the past.”