The first owner of this historic Italianate house was one of the most colorful of Council Bluffs’ early settlers. Dr. Thomas Jefferis wore several hats – homeopathic physician, entrepreneur, buyer and seller of land, promoter of a nation-wide lottery – but perhaps he is best known for his role in keeping in Iowa the land that would one day become the city of Carter Lake.

Thomas Jefferis came to Council Bluffs from Delaware and, with his brother Edmund, built a steam mill on land near the Missouri River. Edmund later settled on land east of the city, but Thomas retained the land near the River. H. H. Field’s History of Pottawattamie County gives this account: “During one of its freaks, the Missouri cut a new channel, leaving it on the west side, but the state line between Iowa and Nebraska had been fixed by an act of congress at the channel of the river as it then was. Omaha real estate men were quick to jump on to this new land, and immediately laid it off and platted it as an addition to Omaha. Jefferis followed his land, squatted on it, and as fast as they would evict him, return, and commenced proceedings in the United States court and at last won out, and that piece of land with the resort of Portland Beach forms a precinct of the sixth ward of Council Bluffs, although on the west side of the river and almost surrounded by Nebraska.” 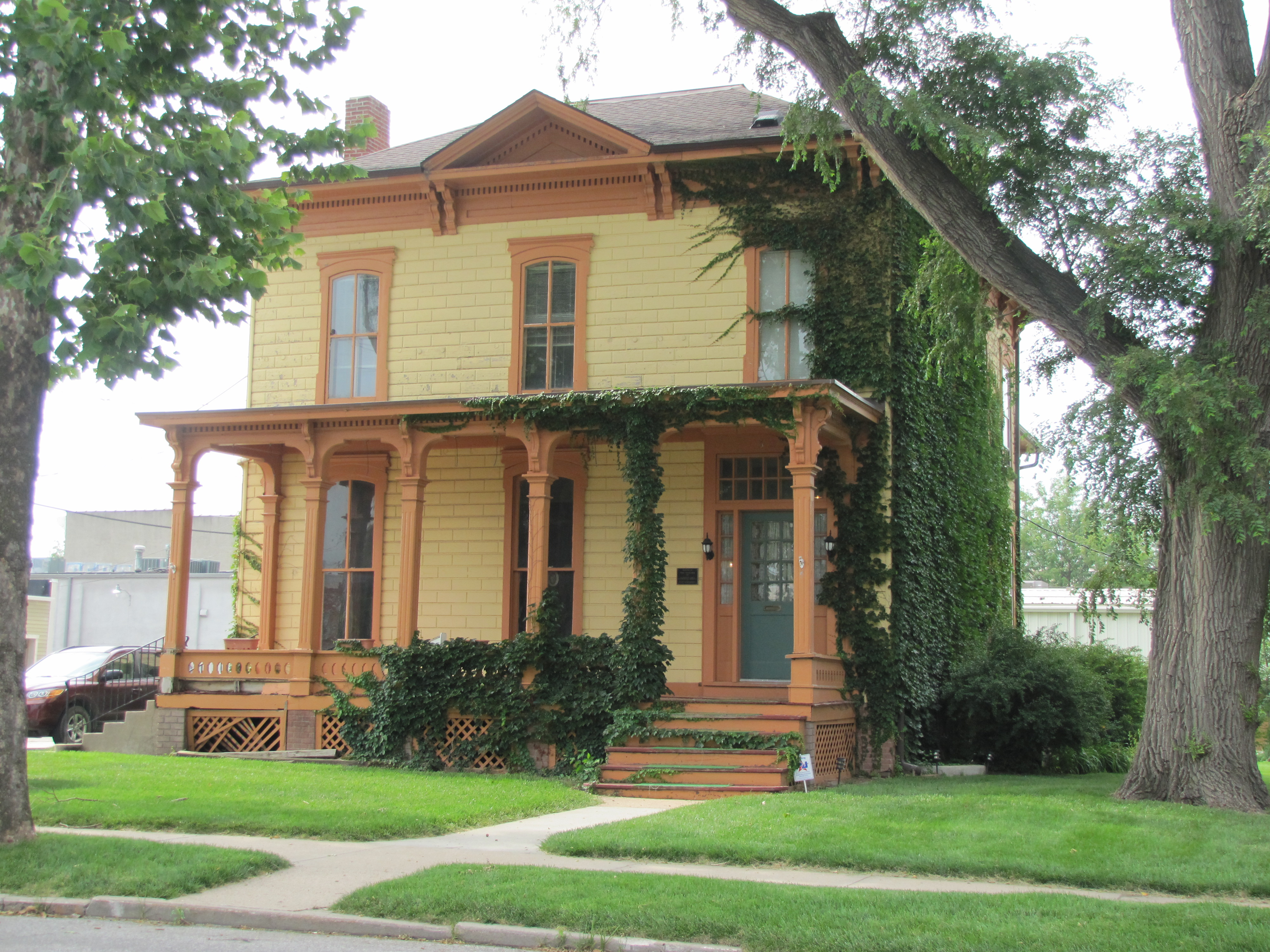 (Anna and Thomas Jefferis had ten children. A daughter, Parthenia, was married to Finley Burke, attorney. They lived at 510 Oakland Avenue. – The History We Live In, Sunday, July 8th).

An article in the Daily Nonpareil (1895) told the same story in a different style: ….One evening the attorney was examining the papers of his father-in-law and ran across some that related to the land formerly occupied by the doctor on Cut Off Island. Finley Burke questioned his father-in-law on the subject and was told that in all likelihood the land had long since been sold for taxes. It turned out differently, however, and Dr. Jefferis built a house on the island and again took up his residence there for the space of two years. After a long legal contest his claim was established.”

This house at 523 Sixth Avenue, one of several homes owned by Jefferis, was built in1868. The house is unusual with the tongue-and-groove wooden siding, carved and painted to resemble masonry construction. The trim between the brackets under the eaves, across the front of the house, on the porch and on the large front pediment is the same decorative trim. The house, now an office, was listed on the National Register of Historic Places in 1979.