No single family contributed more to the building of Council Buffs (literally) than the family of Patrick and Cecelia Wickham. From commercial buildings to houses to streets and roads to railroads – they built them with bricks manufactured at their own brickyards on North Eighth Street (now Sternhill Park). And so it seems appropriate, on March 17th, to write about their family and their influence on the growth and development of Council Bluffs, and to feature a photo of the home of one of their sons.

Patrick Wickham and Cecelia Pryor were born in County Leitrim, Ireland – Patrick in 1803 and Cecelia in 1814. They married and had ten children, all born in Ireland. Records indicate that six reached adulthood. Patrick was a brick mason and carpenter.

Cecelia and two of the children came to the United States in 1854 and settled temporarily in New York City. They were joined by James a year later and came to Council Bluffs where Cecelia purchased property in July of 1857. Patrick and the other three children joined them the following year, after a long and difficult voyage. According to Ancestry records, the list of passengers on the slow-moving vessel, the Oliver Moses, includes Patrick (age 48), Patrick, his son (20), Owen (9) and Ann (8). The ship landed at the port of New Orleans on June 5, 1858 – nearly six months after it left Liverpool. From there, they sailed up the Mississippi River to St. Louis, and came by boat up the Missouri to Council Bluffs. 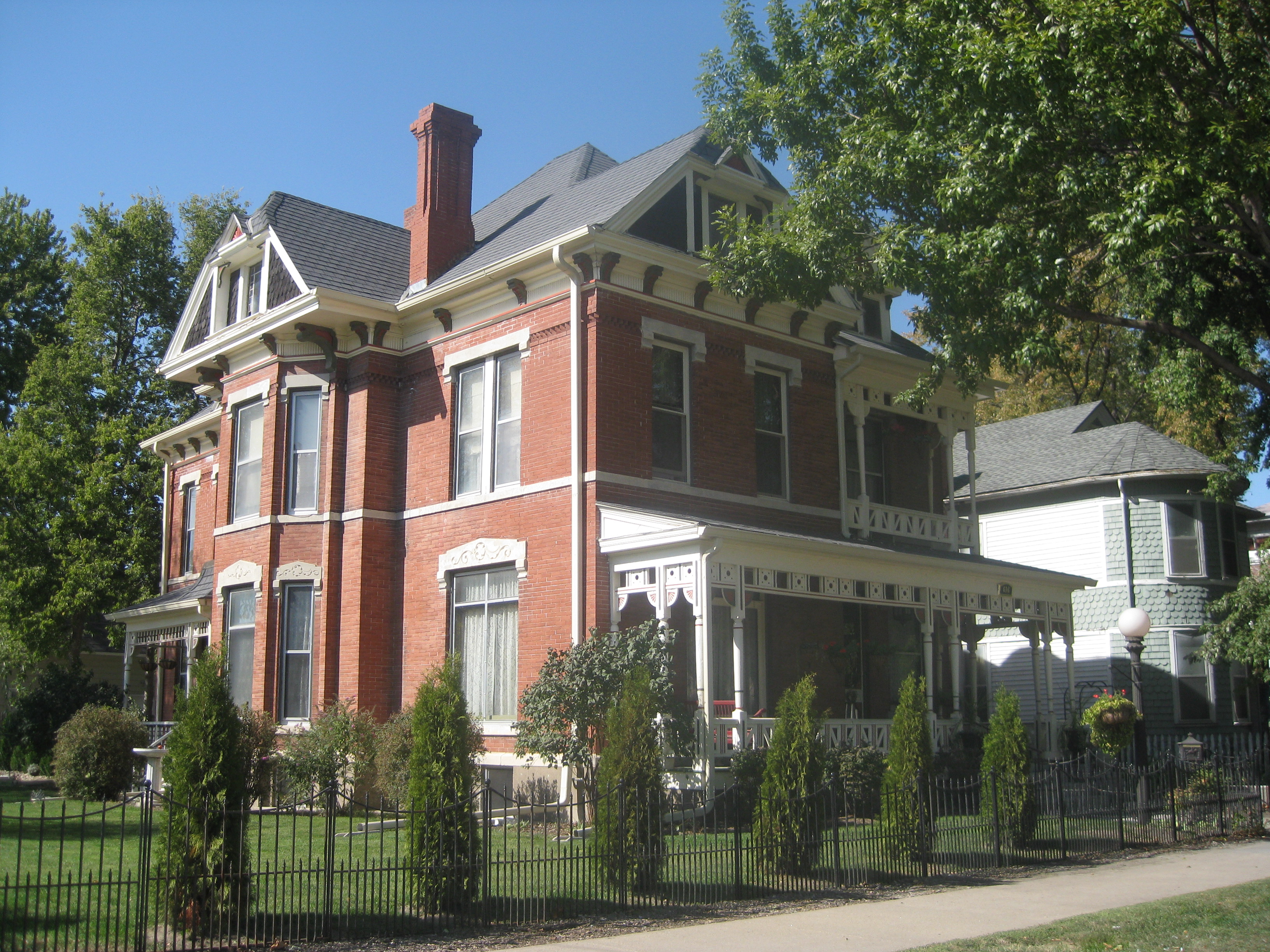 James, Owen P. (O.P.) and Martin Hughes started a contracting business in 1863. After a few years, Hughes went into business for himself, and the firm continued under the name of Wickham Brothers. They built the Dohany Opera House (which became the Strand Theater), the courthouse and jail, Mercy Hospital, St. Francis Academy, St. Francis, St. Peter and Holy Family churches, the Bennett Building, the Dodge Building, several banks, the Eiseman Building (which later became the John Beno Co.), the Baldwin Block, Council Bluffs Savings Bank, NW Bell Telephone Co., the Grand Hotel, and many other businesses and residences. In an area known as the Wickham Neighborhood, bounded by Stutsman and Grace Streets and Platner and Carson Avenues, there are 19 four-square houses –all built by the Wickham Brothers. They also built the first brick buildings and streets in downtown Omaha.

Few records exist regarding the early years of the brickyards, founded by James, O.P., and Martin Hughes, but a news article states that, at one time, the plant produced 35,000 bricks daily. It also states that, in 1907, 3,000,000 bricks were produced; some were shipped as far away as Denver.

E.A. and B.P. Wickham, sons of James, started the paving, grading, and railroad construction business in the early 1880s. They paved Broadway with cedar blocks, replaced them with crushed granite from Sioux Falls, S.D., and later with brick (not the soft local brick, but the harder brick from Illinois), and did a large amount of the sidewalk, sewer, and paving work. Operating under the name of E.A. Wickham & Co., they constructed the balloon field at Fort Omaha, the Park Field aviation school at Millington, Tenn. during the war years, and part of the channel for Indian Creek. The Wickham Bridge and Pipe Co., incorporated in 1917, manufactured concrete pipe, sold sand and gravel, cement, reinforcing material, and bridge lumber and piling. They constructed bridges and culverts, sewers, concrete foundations, and Missouri River improvements. The company, which employed 700 people, operated in Iowa, Nebraska and Missouri. The machine shop was located in Council Bluffs.

Some of the homes of members of the Wickham family are still standing: the O.P. Wickham homes at 332 Willow Avenue and 616 S. Seventh Street – both listed on the National Register of Historic Places, the James Wickham home at 400 Franklin Avenue, and the home of E.A. Wickham (son of James) at 829 Second Avenue.

The O.P. Wickham House at 616 Seventh Avenue, pictured, was built in 1882 in the Queen Anne style. Among its many notable features are outstanding Victorian woodwork, a two-story slant bay, reeded trim beneath the brackets, plain window hoods, and unusual trim of brick at the second-floor window level on the Seventh Avenue side.

Epilogue: In observance of this day, we surely must end with some “stories”.

The first (from a 1978 Nonpareil article) relates to the days of prohibition and the brickyards. Briefly, in the early 1920s, you could find two products at 1315 North Eighth Street: soft bricks and hard liquor. Bricks were produced by E.A. Wickham & Co., with offices at 19 Scott St. in the Wickham Building. The liquor was brewed in “moonshine stills” by “persons unidentified and addresses unknown”.

Under the terms of the 18th Amendment to the U.S. Constitution, known as The Volstead Act, the manufacture and sale of alcoholic beverages was prohibited. The matter was submitted to the states Dec. 18, 1917 for ratification and it became law in 1920. The law was repealed in 1933.

But before the brickyards shut down in the mid-1920s and repeal became effective, smoke from the moonshine stills intertwined with that of the brick kilns.

Another story is that E.A. Wickham liked to ride up and down Broadway in his carriage which was always pulled by a dark horse. Except on Sundays, when it was pulled by a white horse.

May the road rise before you….