H.G. (Harry) McGee came here in 1874. “Council Bluffs had become a city of some 10,000 people”, he recalled in 1940. “It had few of the conveniences now considered essential; no water works, sewers, electric lights or paved streets – not even a filling station or picture show. It did have railroads and still had hopes.”

McGee was born in Taylor County, Virginia in 1855. His father, Manasseh McGee, came to Council Bluffs that year, invested in a large amount of land, and returned to Virginia where he lived until his death in 1864. His family moved to Council Bluffs in 1874, having resided in Pittsburgh, PA for the previous eight years. They came by steamboat and train. Harry was sixteen years old. He worked as a clerk in a hardware store, advanced to proprietor, 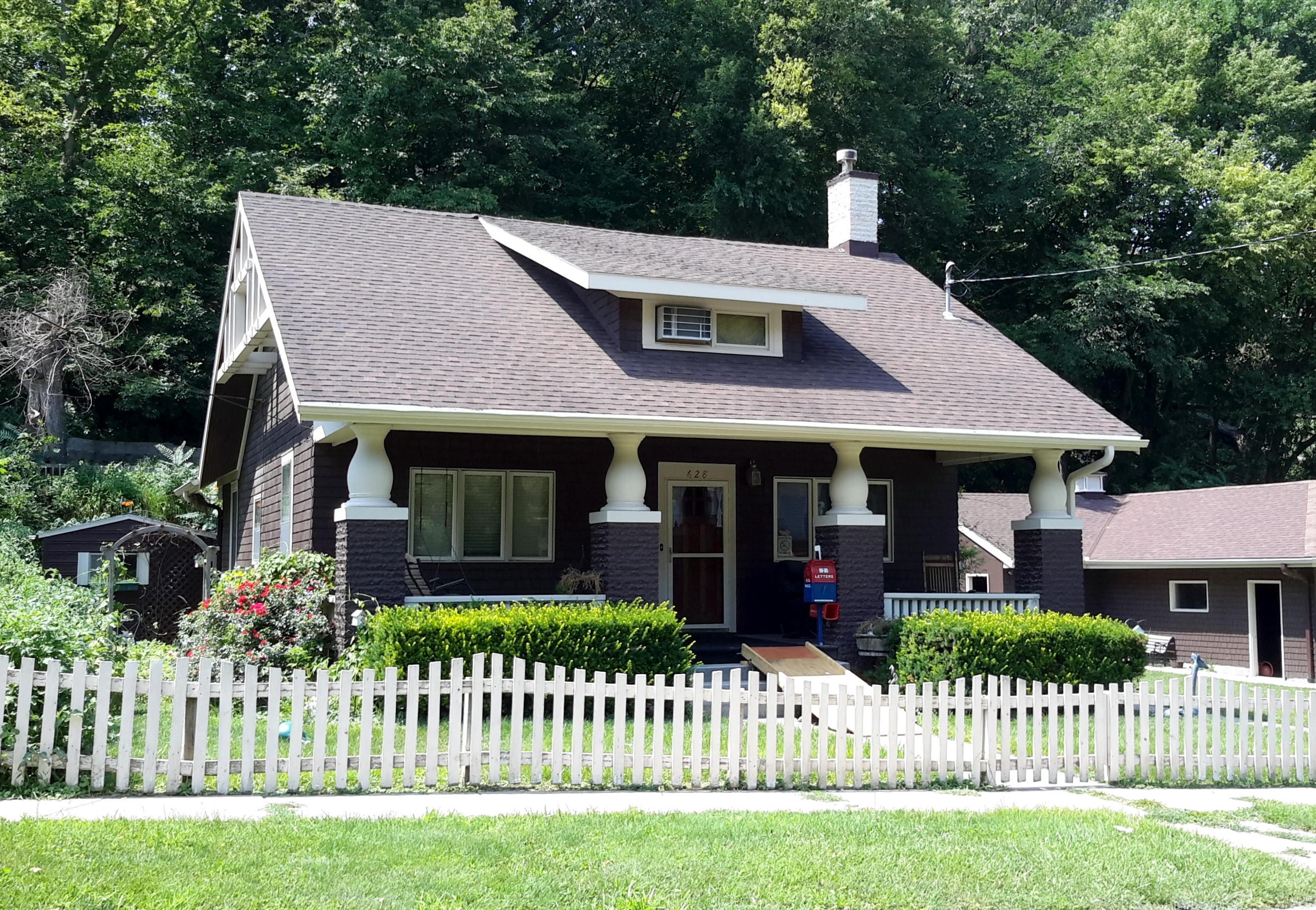 and continued in the business under the name of Cooper & McGee until 1887.

Unlike most of the early settlers who came here with very little besides their dreams and determination, McGee had the land his father purchased in 1855. In 1887, he opened a real estate office. Although he conducted a general real estate business, he focused his attention on the platting and improving of residential property. In his History of Pottawattamie County, H. H. Field credits him with the platting of several of the finest residential additions to the city, including Morningside. When the Morningside addition was completed, he placed a half-page advertisement on the front page of the Nonpareil.

“In 1887, as a result of the Douglas Street bridge and electric carlines,” McGee recalled at the time of his retirement, “the real estate boom which had been going on in Omaha for several years spilled into Council Bluffs. Very soon lots that had hardly been considered worth paying taxes on were selling for several hundred dollars each.” McGee survived a recession in 1893 and he operated the business successfully until his retirement in 1940 as head of H.G. McGee Real Estate Company, Inc. He was a charter member of the local real estate board.

McGee served for many years as a member of the Board of Parks Commissioners. It was his ambition to create a system of parks and scenic drives which would make the city one of the nation’s beauty spots. One of his contributions was $1,000 toward the purchase of land around Rainbow Point, the scenic spot commemorating the Lewis and Clark visit to the area in 1804. He was known as the “Father of Rainbow Drive”. With his brother, Judge J.E.F. McGee, he gave Cook and Graham parks to the city.

Margaret and Harry McGee were married for 53 years and were the parents of three children. They were members of the First Presbyterian Church. The couple moved to Albuquerque, NM in 1946, several months before his death following a stroke. He is buried in Fairview Cemetery.

In an editorial following his death, the Nonpareil wrote: “The growth and prosperity of a city depends not so much on its location and natural advantages, as upon its business and civic leaders….Council Bluffs needs more citizens with the spirit and determination of Harry McGee.”

This lovely Craftsman house was built on property that McGee purchased in 1913. Sometimes he would build a house and live in it for a short time, then sell it and move on. He sold this property the same year to E. N. Wright, an employee of the John G. Woodward Candy Company. Wright was the first person listed at this address and was likely the builder. The house is notable for its unique massive upper porch columns with square bases that extend to the ground. Other Craftsman features include wood shingle siding, sloping gabled roof with wide eave overhang, roof extending over the porch, gabled dormer, and decorative beams under the gable (McAlester’s Field Guide to American Houses).