The house featured this week was the home of Art and Bessie Grell. They did not build the house, but it serves as a window to the Grell family history and a time when the Arts and Crafts movement (1903-1930) inspired the shift from the ornate architectural design of the Victorian period to the simplicity of form of the Prairie style- led by Frank Lloyd Wright, and the Craftsman style- begun in California about 1903. 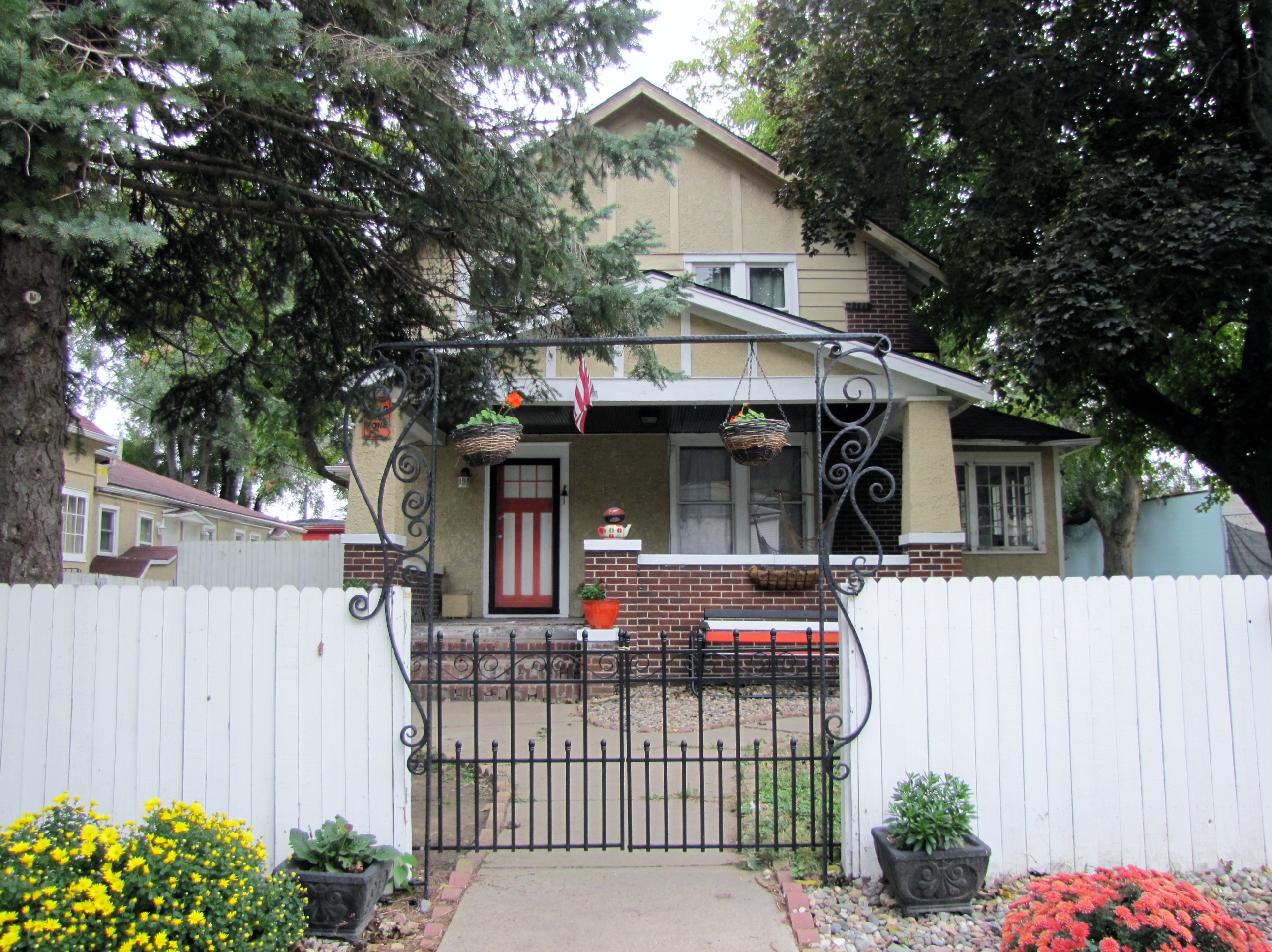 Louis and Lena met in Council Bluffs and married in 1887. The couple lived at 830 Avenue C, where they raised four children, three sons and a daughter. The house no longer exists.

Louis Frederick III, their first-born son, exhibited an exceptional talent as an artist and, at age 12, was sent to Germany to live with his grandparents and study art. His studies took him to Paris, Hamburg and Munich. He returned to the United States where he became well-known as a set designer on Broadway, and in Chicago as a muralist and portrait artist as well as an instructor at the Chicago Art Institute. One of his students was a young Walt Disney. Grell’s mural still appears above the stage in the restored Chicago Theater. Many of his works can be viewed today at the Pottawattamie County courthouse.

Arthur, the third son and the eventual owner of this house, was born in 1891 and worked with his father and brother at the meat market. His mother, Lena, died of tuberculosis in 1910. His father, Louis II, returned to Germany in 1912. Arthur took over the management of the market, and the business thrived. After World War I, in which all three brothers served, Arthur opened a meat market at 813 South Main Street where it remained for many years.

In 1913, Louis, then 56 years old, returned from Germany with his new bride, Maria, age 27, and established a meat market at 1018 West Broadway. They lived at 924 Avenue A where their son, Hans, was born. The house is still standing. Louis died in 1935 and is buried in Fairview Cemetery with his first wife, Magdalena.

Art purchased this house (737 Mynster Street) in 1929. Besides his work at the Grell Market, he became involved in real estate, arranging for mortgages for people who were threatened with losing their homes during the depression.

He married Bessie Koger in 1933 and they made this house their home. When the house next door became available, they purchased it, remodeled, added on, and converted it to a six-plex. Through the 1930s and early 1940s, he built the Mission-style cottages behind the house, bordering Eighth Street and what is now Creek Top. The design of the cottages was based on a similar complex they saw in California. It became Bessie’s responsibility to manage the cottages – the Grell Court Apartments – along with raising their two children, Ruth and Arthur Jr.

The Craftsman-style house was built in the early part of the twentieth century. It is unclear of the exact date because, according to the 1891 Sanford Fire Insurance map, it replaced a previous house on the lot. The Arts and Crafts-inspired bungalow features a front- gabled roof and large front-gabled porch with wide eave overhang and simple wood trim beneath. A side porch on the west side is original. The front porch railing is of brick; the porch posts are typical of the Craftsman style.

Preserve Council Bluffs acknowledges the following sources of information for this series: National Register of Historic Places nominations, the reference department of the Council Bluffs Public Library, the auditor’s office of the Pottawattamie County courthouse, ancestry.com, and individual research.