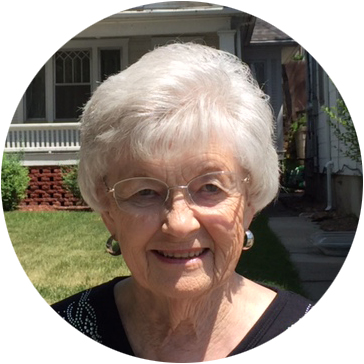 Avenues G, H. and I, between Eighth and Tenth Streets – “Little Italy”

END_OF_DOCUMENT_TOKEN_TO_BE_REPLACED

Dell Morgan’s great-great-great-grandfather came from Wales in the seventeenth century and settled in Herkimer County, New York, where the family was represented for three generations. According to an article in the May 5, 1934 edition of the Nonpareil, Morgan is a...

END_OF_DOCUMENT_TOKEN_TO_BE_REPLACED

Small, irregular parcels of land. The Bebbingtons. The street that wasn’t. The Park/Glen Avenues Historic District, so named in the nomination to the National Register of Historic Places, is comprised of two parallel streets: Park Avenue and Glen Avenue, with two...

END_OF_DOCUMENT_TOKEN_TO_BE_REPLACED

Fayette Orlando Gleason (better known as F.O.) was born in New York in1839, according to census records. Laura Atkins was born in England in 1853. They were married on November 21, 1870 in Pottawattamie County. Gleason came to Council Bluffs about 1860. His obituary...

END_OF_DOCUMENT_TOKEN_TO_BE_REPLACED

I grew up in southwest Iowa listening to two radio stations: KOIL (Omaha) and KMA (Shenandoah). I did not realize that 1) both stations were founded to promote the founder’s business, not to generate income- as has been the purpose of radio stations for decades;...

END_OF_DOCUMENT_TOKEN_TO_BE_REPLACED

A grocer in Anamosa, Iowa, had no easy way to get potatoes from his basement to the main floor of his store. The year was 1892. He went to the local machine shop, owned by John Kimball, the father of William (Willis) H. and Charles E. Kimball. The company was founded...

END_OF_DOCUMENT_TOKEN_TO_BE_REPLACED

John Joseph Shea was born in 1859 near the village of Business Corners, Van Buren County, Iowa. His parents were John Shea and Ellen Flynn Shea, natives of County Kerry, Ireland. It is not known if there were other children. In the 1860s, the family moved to Jefferson...

END_OF_DOCUMENT_TOKEN_TO_BE_REPLACED

Today’s LEGO aficionados would have had a field day. Others would have hired a contractor to put the house together. Either way, a mail-order house from Sears Roebuck & Co. was a good investment. Prior to 1908, Sears sold furniture, appliances, and nearly...

END_OF_DOCUMENT_TOKEN_TO_BE_REPLACED

C. G. (Curtis) Ouren was born at Living Springs near Treynor, Iowa, in 1871, the son of a Norwegian immigrant who operated a stage freighter across the great plains. He attended country schools, working during the summers on the farm where he learned the details of...

END_OF_DOCUMENT_TOKEN_TO_BE_REPLACED

Soldier, gambler, landowner, community leader, confidence man, livestock grower, philanthropist – stories of Benjamin Marks have been kept alive for more than a hundred years. Some are true and some are just… stories. Those who’ve heard anything of the life and times...

END_OF_DOCUMENT_TOKEN_TO_BE_REPLACED

The tiny house at 517 Fourth Street was the home of Jean and Inez Bregant who met while performing in a vaudeville show at Coney Island, New York. They were married in Council Bluffs on Christmas Eve, 1905. Jean and Inez were perfectly proportioned “little people”....