Jeweler – inventor – sculptor – landowner. Maurice Wollman was all of these. Born in Baltimore, MD he came to came to Council Bluffs in 1880 and started a jewelry business in which he remained for 25 years.

In his book, Iowa’s Automobiles, Bill Jepsen writes: “It was actually jeweler Maurice Wollman who was the first courageous soul to construct and drive an automobile on the streets of Council Bluffs. Inspired by a trip to Chicago in 1895 to view the now famous Chicago Times Herald automobile race, he returned home and got busy. A local foundry cast an engine block from his blueprints. A city fireman with a penchant for things mechanical, turned a 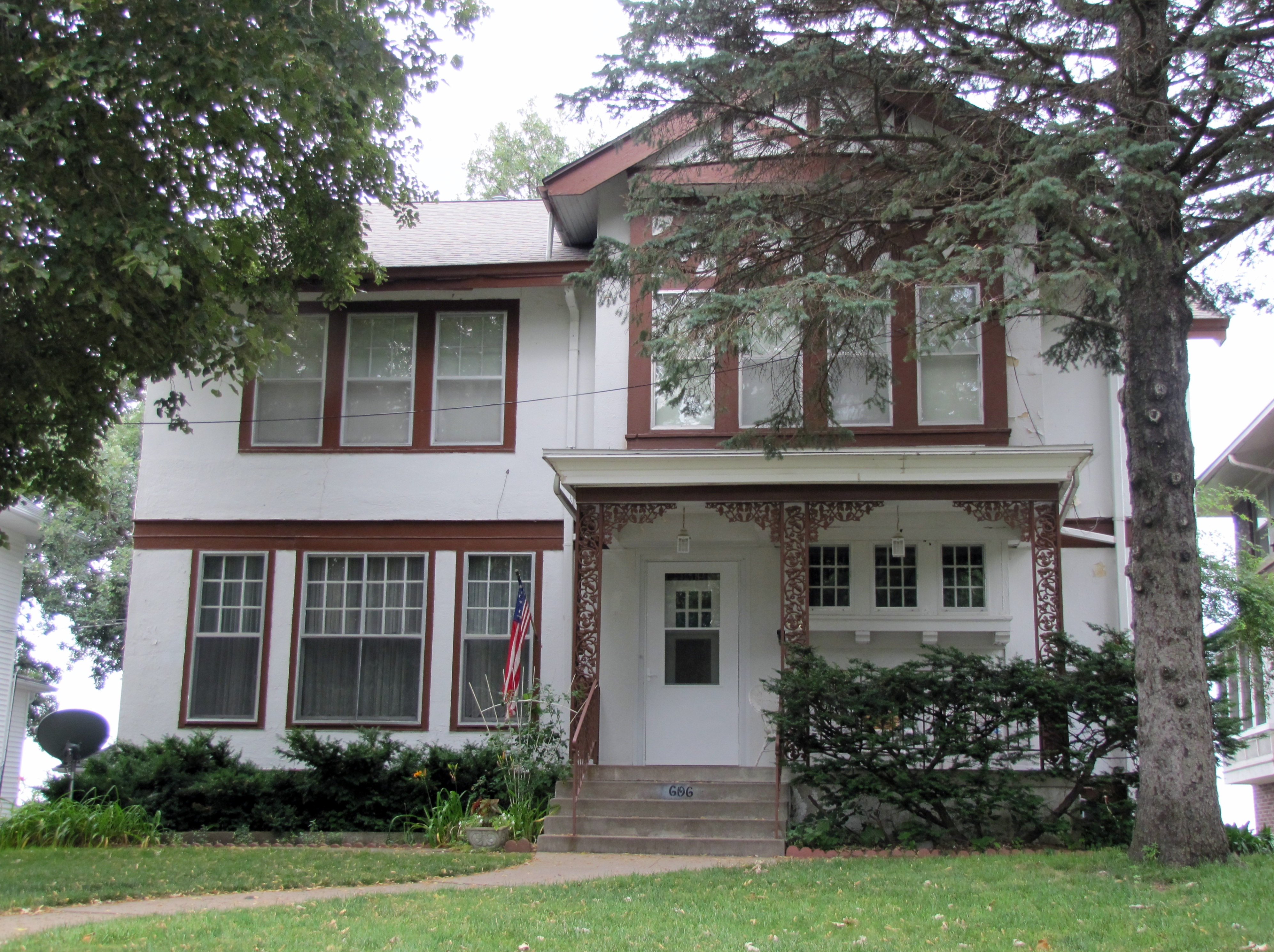 crankshaft. Using his skills as a jeweler, Wollman painstakingly pieced together a carburetor, spark plugs (one spare), wet batteries, and the spark coil. The drive chain and sprocket came from a grain binder. A buckboard donated its body for the project. Rigged up in the back of his jewelry store, this rear-engine contrivance must have appeared to many as the work of a madman. …..the machine was fired up with gasoline used in lanterns and household stoves.” The story went on to say that reactions to the racket it caused were almost immediate. Wollman received threatening letters, and farmers promised to “fill him and his devilish machine with buckshot if he ever came near their farms or livestock”. The Council Bluffs City Council responded to all of the brouhaha by either passing an ordinance that “required an autoist to blow his horn 100 feet from a street corner and keep it blowing until he got 100 feet on the other side” or considering passing the ordinance (depending on which source you read). Wollman brought the first factory-built automobile to the city in 1899.

Cal Petersen’s The History of Fire in Council Bluffs describes the Italian Garden – a small park enclosed by a pretty hedge, constructed in 1916 near the Central Fire Station at Main and Washington. Firemen constructed a fountain which was twelve feet in diameter, a nearby drum, thirty inches high and eighteen inches in diameter which enclosed five tungsten lights in various colors, and a cement sidewalk and bench. Maurice Wollman, now retired, drew the plans and constructed a concrete statue of a fireman with a fire hose in his hand from which water flowed into the fountain. Vandals destroyed the garden and damaged the statue. The statue was repaired and in 1971 was moved to the lawn of the Oak Street station where it remains today. Wollman moved to a residence in the country in 1947 and died in 1952 at the age of 93.

For the past 60 years, the house has been the home of members of the family of Carlton Woodward, Jr. Woodward is the grandson of John G. Woodward, founder of the Woodward Candy Company, whose home was at 510 Oakland Avenue. Carlton Woodward, Jr., born next door in his father’s house at 608, was the owner of the City Ice Company and Georgie Porgie Popcorn. He was mayor in 1956. Since 1903, Woodward families have lived on Oakland Avenue. All three Woodwards were directors of Council Bluffs Savings Bank.