Small, irregular parcels of land. The Bebbingtons. The street that wasn’t.

The Park/Glen Avenues Historic District, so named in the nomination to the National Register of Historic Places, is comprised of two parallel streets: Park Avenue and Glen Avenue, with two properties fronting Huntington Avenue and two having West Pierce Street addresses. A large portion of the district is within the Glendale Addition, platted in 1856, and includes other additions and subdivisions as well. Because of the rough terrain of the district, which lies in the valley between two bluffs, many of the lots were small and irregular. Often, several of these lots would be put together to form one lot on which to build a house. And so began the evolution of Bebbington Place. 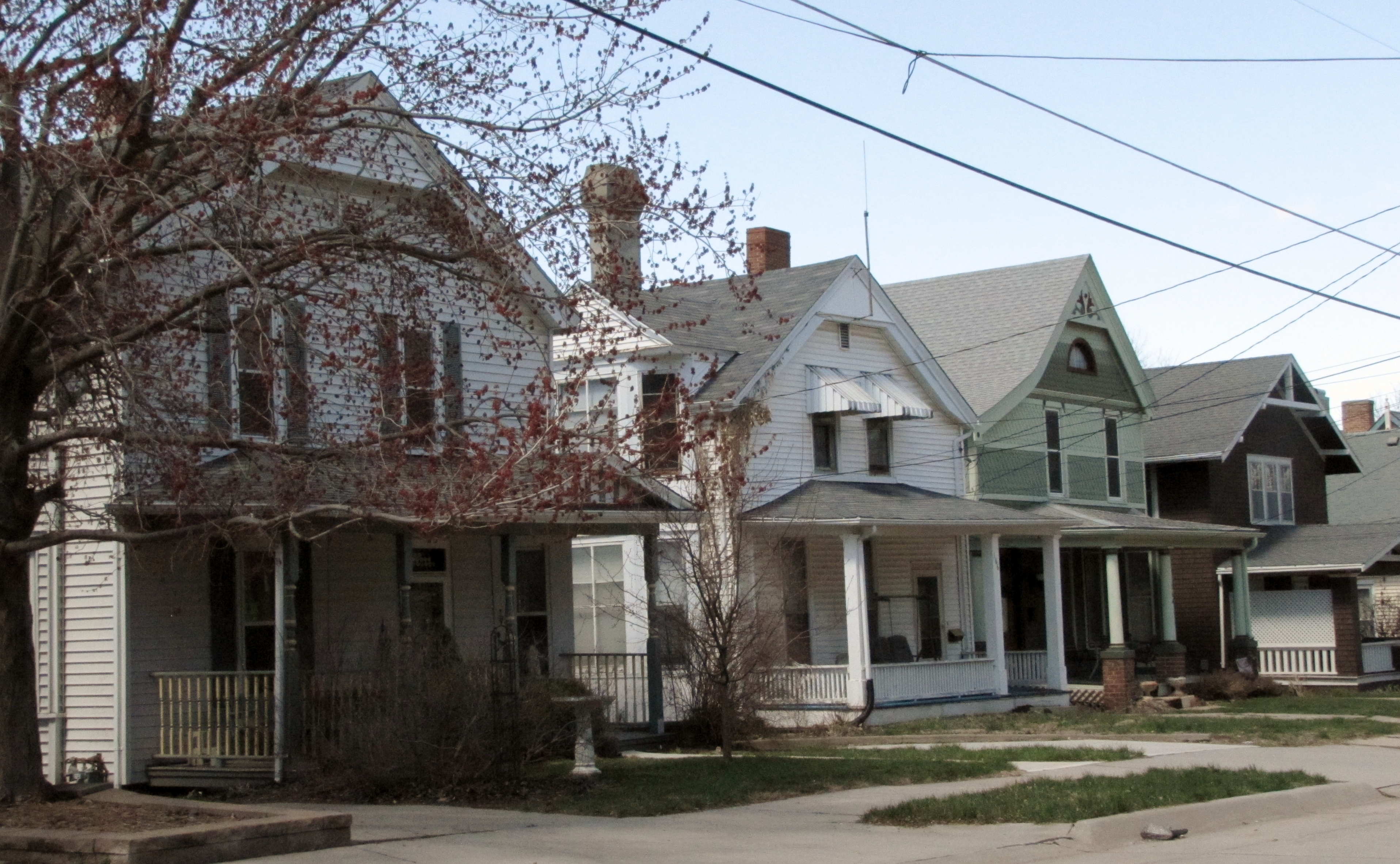 George Bebbington, a dealer in lumber and real estate, and his wife, Luzerba, were early investors in parcels of land in the district. As early as 1870, George Bebbington is listed in city directories as living at 164 Park Avenue. (Wives were not listed.) The style of the house suggests that the 1870 dwelling was subsequently replaced by the present dwelling which exhibits Queen Anne details, or was remodeled in the Queen Anne style, in the 1880s-early 1900s (Tallgrass Historians, National Register nomination). In 1889, their daughter, Clara, married Ernest Hart who came to Council Bluffs from West Union, Iowa, and entered the real estate business with his brother-in-law, J.D. Edmundson.

George died in 1890. In 1897, Luzerba joined two small parcels of land next door and built the house at 200 Park Avenue. The city directories list Luzerba, her daughter, Georgene, and a lodger, William Rigdon, at that address. Ernest Hart was listed as a renter at 164 and continued to live there with Clara and their three children through at least the early 1900s.

Ernest Hart went on to become one of the founders of Citizens State Bank that merged into First National Bank. Hart became its president and served as director of several other financial institutions – locally and in other states – and was active in civic organizations. President McKinley was his guest in 1892 (History of Pottawattamie County, H.H. Field).

In the 1860s, the city planned to build a connecting street between the two avenues. However, the strip of land that had been reserved for the street was subsequently conveyed to a private individual who sold it to George Bebbington. When George’s will was filed in 1890, the city tried to reclaim ownership but lost the lawsuit that ensued. In 1892, the city was forever barred from building a street on this land. (An attorney who lives in the neighborhood recalls a professor presenting the case to his law school class at Drake University.)

Today, except for the automobiles, Bebbington Place appears much the same as it did in 1912. The seven houses, built between 1897 and 1914, are similar in size and in setback from the street. Architectural styles represented include Foursquare, Foursquare with Colonial Revival elements, Queen Anne, and Craftsman.

Anyone setting out on a walk around the entire block – Pierce Street to High School Avenue – can expect four things: no street to cross between the 100 and 200 blocks on Park Avenue, no 200 block at all on Glen Avenue, a “long stretch of the legs”, and an architectural feast for the eyes.