This pretty-as-a-picture Queen Anne house might resemble a doll house to passing motorists, but looks can be deceiving; it is large enough to have once served as “Pleasant Home”, one of three convalescent homes in town. Restored to its original condition, it is once again a five-bedroom single family home.

The Oscar and Anna Pfeifer House, built in 1892, replaced the original George Pfeifer family home on the site. George and Mary Pfeifer were born in Germany. Their children (Walter, Clara, George, Otto, and Oscar) made their home at this location as early as 1869. City directories list the address of George Pfeifer as “Glendale” and “near the reservoir”. His occupation is listed as “Inspector”. 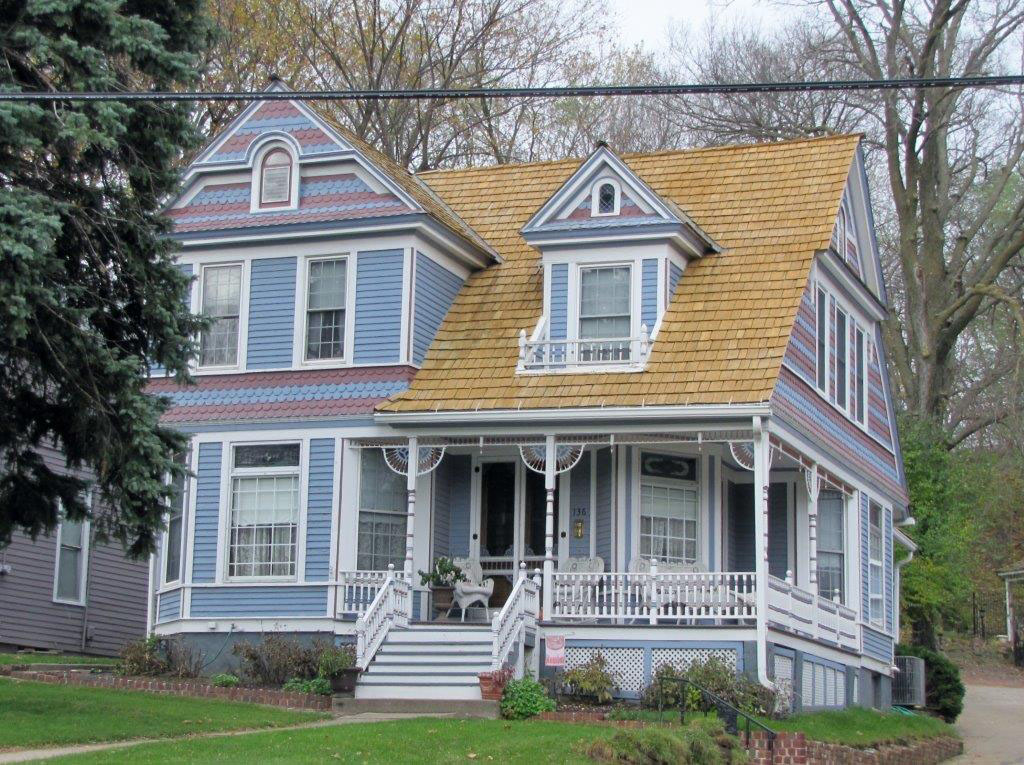 Anna Pfeifer’s parents were also born in Germany. Anna was born in Nebraska. Oscar and Anna had two children, Carolyne and Richard. Oscar worked for several railroads and, finally, for the water works. He died in 1921 and Anna died in 1943. Carolyne and her husband, George Strickland, continued to live in the house for the next 20 years.

George and Mary Pfeifer are buried in Fairview Cemetery.

The nomination of the Park/Glen Avenues Historic District describes the house as having wood-lapped and decorative shingle siding, cross-gabled roof, fairly high-style Queen Anne cottage: stylistic details include the decorative shingle siding on the body of the house and in the gable ends; the round-arched windows in the gable peaks; the canted corners on the front and side ells; the dormer with inset balcony on the front roof slope; and the highly decorative inset wrap-around porch with turned spindle posts and balusters and fretwork. Although most of the windows have been replaced, several cottage windows remain with original stained glass headers.