Nestled among the trees lining Kanesville Boulevard (Highway 6) near the Hillsdale Drive corner stands the stately McDonald-Sylvester House. Its Greek Revival architecture reflects the earliest settlers that came up the Missouri river. This style was popular in the United States in the pre-Civil War years, in commercial buildings and in the large homes in the southern coastal states. The Greek Revival elements of this brick and stone house include the end chimneys, low pitched roof, the balanced and symmetrical facade, and the porch details. 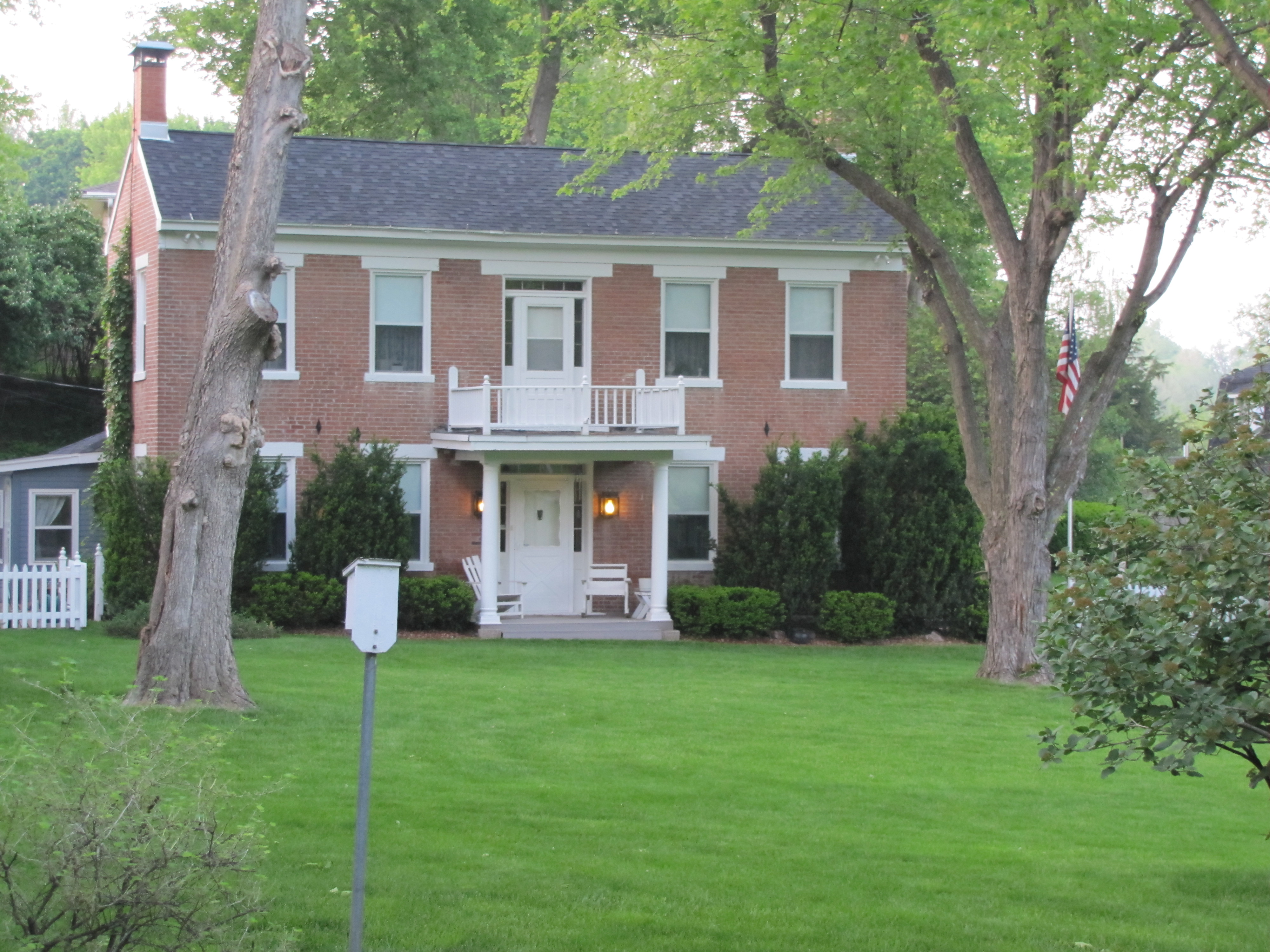 In the main hallway hangs a framed document – a land grant for the original 80- acre tract – signed on June 15, 1855 by President Franklin Pierce, certifying that Milton McDonald was the owner. McDonald and his wife, Adelphia Woods McDonald, built the house in 1856; it was one of the first notable brick houses in the area. The numbers 1857, the year the house was completed, can be seen in a brick above and between two second-story windows. The McDonalds lived across the road in a log cabin while the house was being built. The bricks, made of native clay, were manufactured in the nearby Winchester brick yard. The McDonalds named the property “Roseglen”. The first editions of the new Nonpareil were delivered there.

The McDonalds took in Hazel Dell school teachers as boarders, one of whom was William H. Kinsman. He also worked as a Nonpareil correspondent and in a law office. Known today as Colonel W.H. Kinsman, Civil War hero, his monument overlooks the city from the top of Fairview Cemetery. Another teacher-boarder was John A. Sylvester who headed west in 1859 to join the gold rush but instead took a boat up the river in search of a teaching position. He found one at Trader’s Point, south of Manawa. In 1861 he began teaching at Hazel Dell and moved in with the McDonalds. Mr. McDonald died a short time after, and in 1863 Sylvester married Adelphia McDonald. The Sylvesters planted the first apple orchard in western Iowa on their 260 acres on the bluff once called Canning Hill. The orchard was later replaced by vineyards.